“I could beat that video game blindfolded” has long been one of those things people say when they’re bragging about their gaming skills or dismissing someone else’s. Few have ever taken those boasts literally. Actually beating a game blindfolded just seems like it would be impossible.  However, for a new generation of speedrunners (gamers who […] The post How Blindfolded Gaming Lets Us See New Possibilities appeared first on Den of Geek. 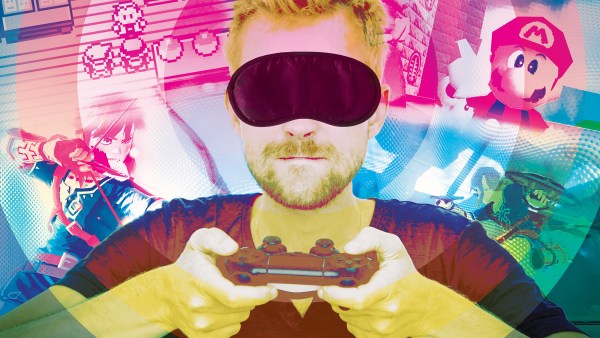 “I could beat that video game blindfolded” has long been one of those things people say when they’re bragging about their gaming skills or dismissing someone else’s. Few have ever taken those boasts literally. Actually beating a game blindfolded just seems like it would be impossible.

However, for a new generation of speedrunners (gamers who compete to beat games as quickly as possible), this seemingly impossible act can sometimes happen in the most unusual ways.

“The first blindfolded run I did for Pokémon Red/Blue was unplanned,” says Twitch streamer and video game speedrunner Shenanagans. “Another speedrunner and I just jumped into the game blindfolded without any practice/testing… We were both able to finish the run in around 45 minutes.”

It’s easy to dismiss that claim, just like those made in the past by playground braggarts. Even watching Shenanagans’ run with your own unobfuscated eyes may leave you with doubts. But in reality, Shenanagans’ stunning achievement required a level of dedication as impressive as the results.

While it feels strange to call anything that may require 10,000+ hours of preparation “easy,” there’s some truth to that humble statement. Blindfolded runners of retro games like Pokémon often use those titles’ relatively simple patterns and more obvious sound cues to their advantage. Every little sound they hear and every digital barrier their character bumps into helps them form a clearer image of the game in their mind.

Yet, the most important tool in a blindfolded runners’ kit is their stunning ability to memorize even the largest games.

“It is very important to divide the big problem of beating a game into simpler and shorter subproblems,” says speedrunner Bubzia whose Super Mario 64 runs helped challenge expectations for what kinds of games could be beaten blindfolded. “80 percent of my practice time is actually done with my eyes open. It’s mostly about trying to remember the game world as precisely as possible.”

Memorizing a game like Super Mario 64 is impressive enough, but that’s only part of the battle. Blindfolded runners of large 3D games also need to find ways to track their characters’ movements. After all, they can’t simply press a button and know their character moved a fairly specific distance in a specific direction as they can with Pokémon Red/Blue, much more pared-down games where you can only move up, down, left, or right. Meanwhile, 3D games like Super Mario 64 involve more complex forms of traversal, such as jumping, flying, and swimming.

So, how does a blindfolded runner track their movement in a 3D space without looking at the screen?

“The key is to find as many normalizations as possible,” explains speedrunner CrystalSaver, whose blindfolded runs include The Legend of Zelda: Breath of the Wild. “That means finding a set of inputs that produce the same result every time… Once I find a path that will always work, it’s time to move on to the next, and the next, and the next.”

In the case of Breath of the Wild, CrystalSaver found reliable inputs in the strangest of places.

“The answer was bunny hops,” CrystalSaver reveals. “If you perform a hop in any direction, the distance Link moves is ‘usually’ the same… Another useful method is swapping between aiming the bow and pulling up the Sheikah slate scope. Alternating between the two adjusts Link’s aim upwards at a specific angle every time. That was a crucial factor in beating Dark Beast Ganon!”

No amount of practice can account for things going wrong, though. In runs where so much needs to be perfect, the slightest misstep can destroy the best-laid plans. However, it’s during those moments when blindfolded runners often demonstrate the full extent of their knowledge and abilities.

“If you know how Super Mario 64’s camera behaves, you can actually play with it and listen for a surface you are confident you can determine your position from, like a door entrance or corner that makes a specific sound,” Bubzia explains. “In those scenarios, it’s all about endurance, not giving up, and just trying over and over again until you get a perfect run.”

That’s the strange thing about blindfolded runs. The results are magical, but the process can be painful and monotonous. Even the simplest runs require you to spend dozens of hours studying a game’s layout and finding perfect movement patterns. But as clinical as the journey may sound, it’s often inspired by the love of a game rather than a desire to break it.

“[People] say, ‘They just rush the game and don’t enjoy it. They skip most of the fun stuff,’” Bubzia explains. “That is absolutely not true. We spend hours and hours every day with that game, learning about every little corner and ledge… It has to be something that brings us joy and lets us appreciate the game. Why else would we do that?”

For those who dare to defy conventional wisdom and actually try to beat a game while blindfolded, the ability to earnestly say “I did it” is often all the motivation they need. And unlike playground charlatans, real blindfolded runners share their efforts in order to open our eyes to what can be achieved in a video game.

“You are trying to make the impossible possible,” CrystalSaver says, regarding the thrill and appeal of the endeavor. “Not only do you get the satisfaction, but anyone that stumbles upon your run gets to enjoy that same feeling.”

The post How Blindfolded Gaming Lets Us See New Possibilities appeared first on Den of Geek.

What to watch in Pennsylvania’s and North Carolina’s primaries

Jennifer Lopez Rom-Com Marry Me Will Stream On Peacock...

Why Agents In The Matrix Resurrections Don't Look Like... 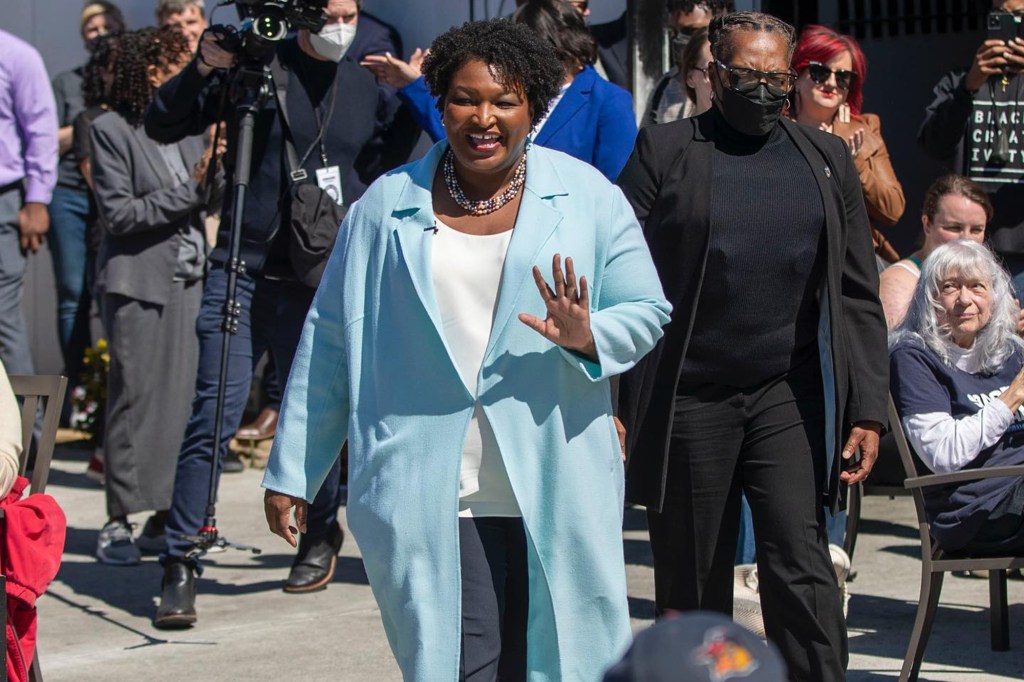 Stacey Abrams campaign spent over $500K on security — despite...

A Post review of Abrams' campaign finance expenditures made public by the Georgia... 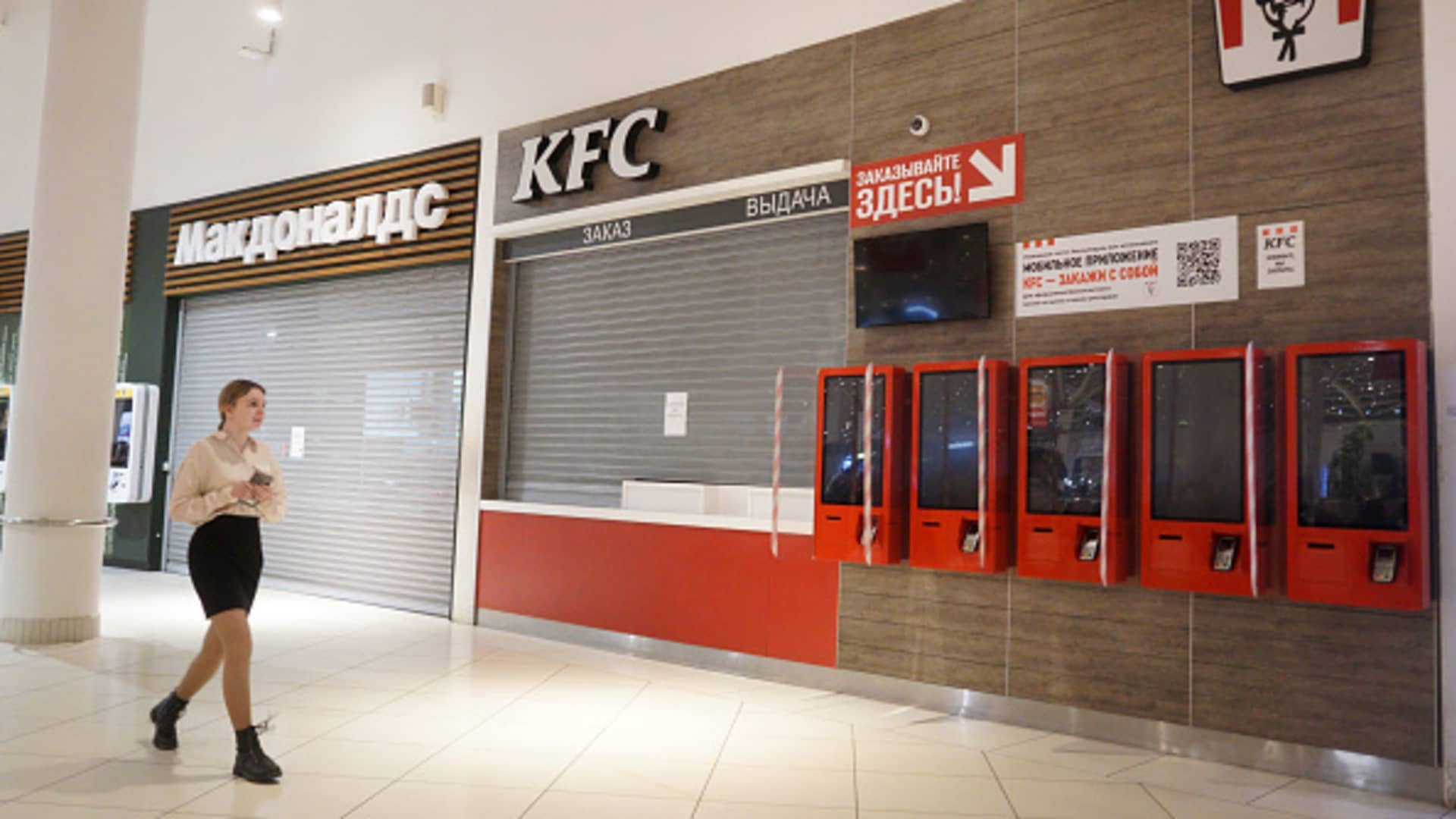 Yum Brands says it is close to selling its Russian KFC... 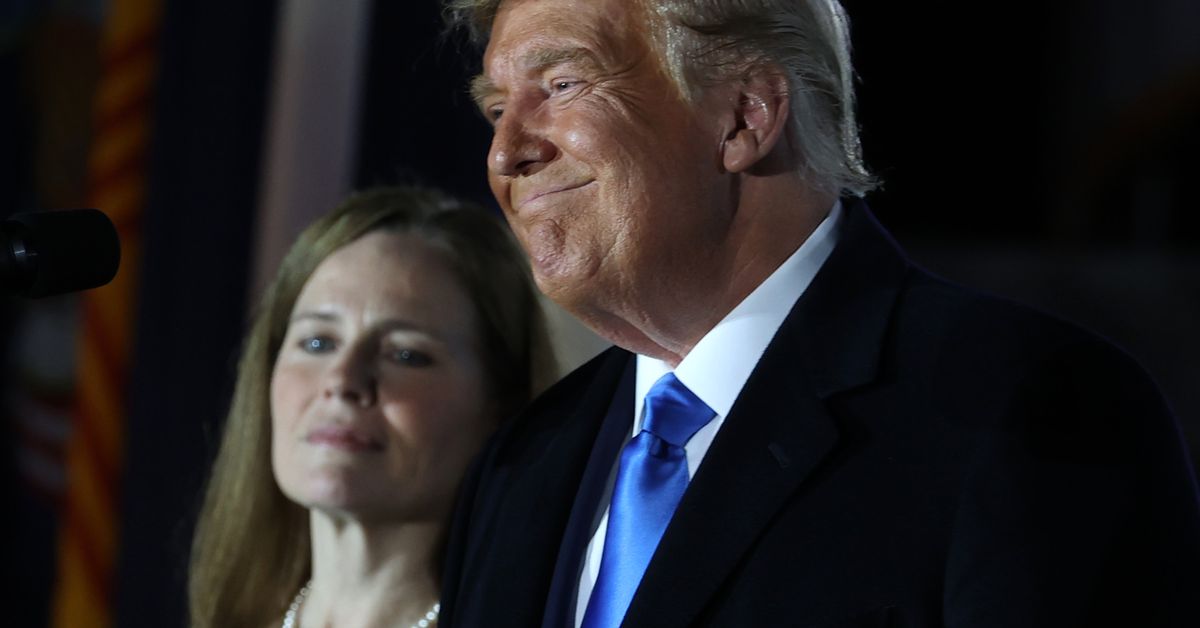 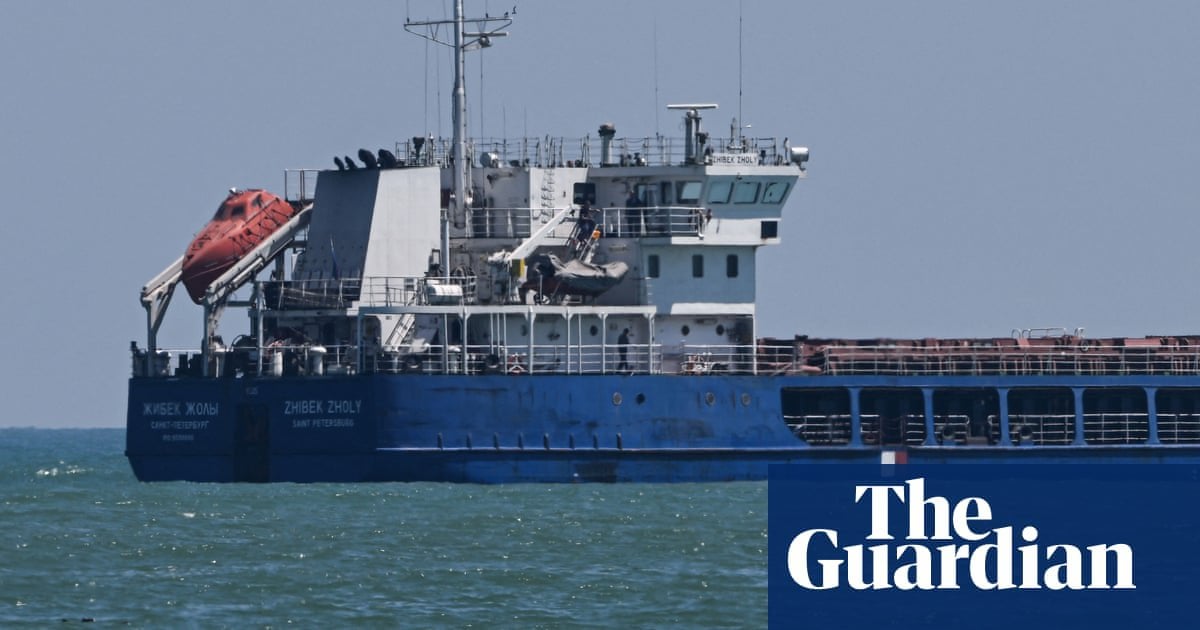 Most Americans are blaming Washington for their current pain. Some 42% say they’re... 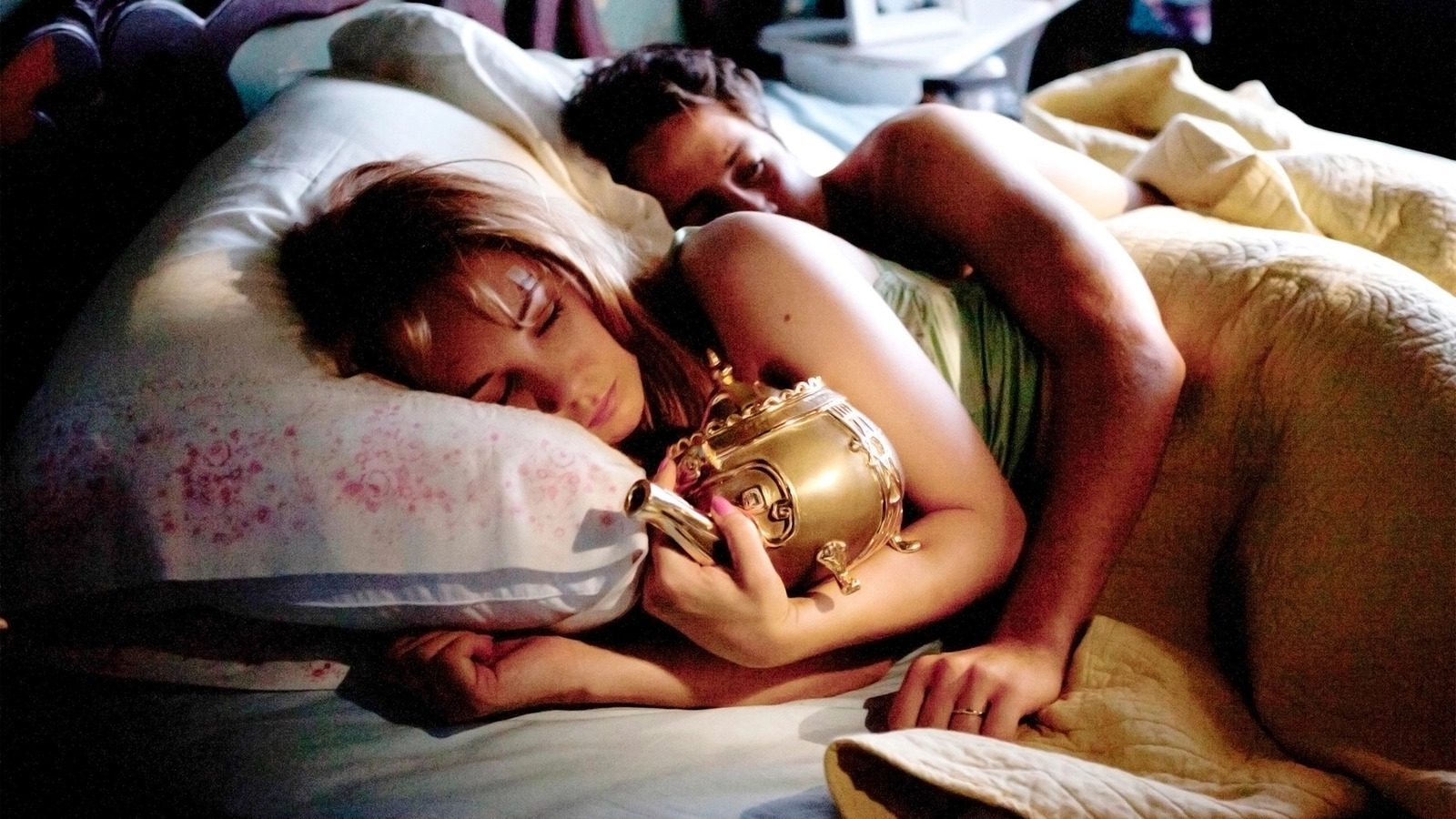 The Daily Stream: The Brass Teapot Embraces Slapstick In...

(Welcome to The Daily Stream, an ongoing series in which the /Film team shares what... 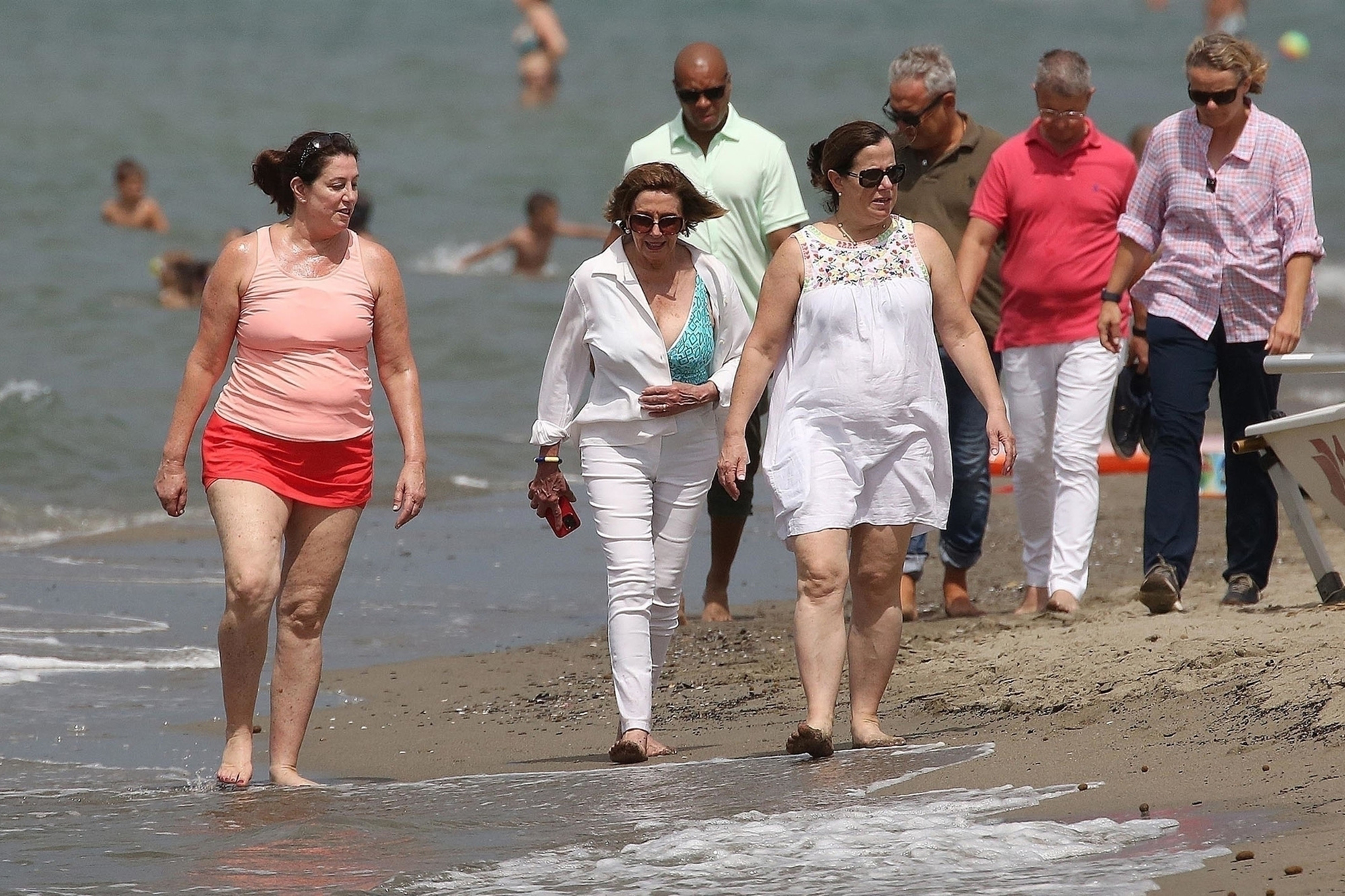 The Post exclusively obtained photos of the Pelosis hanging with Andrea Bocelli,... 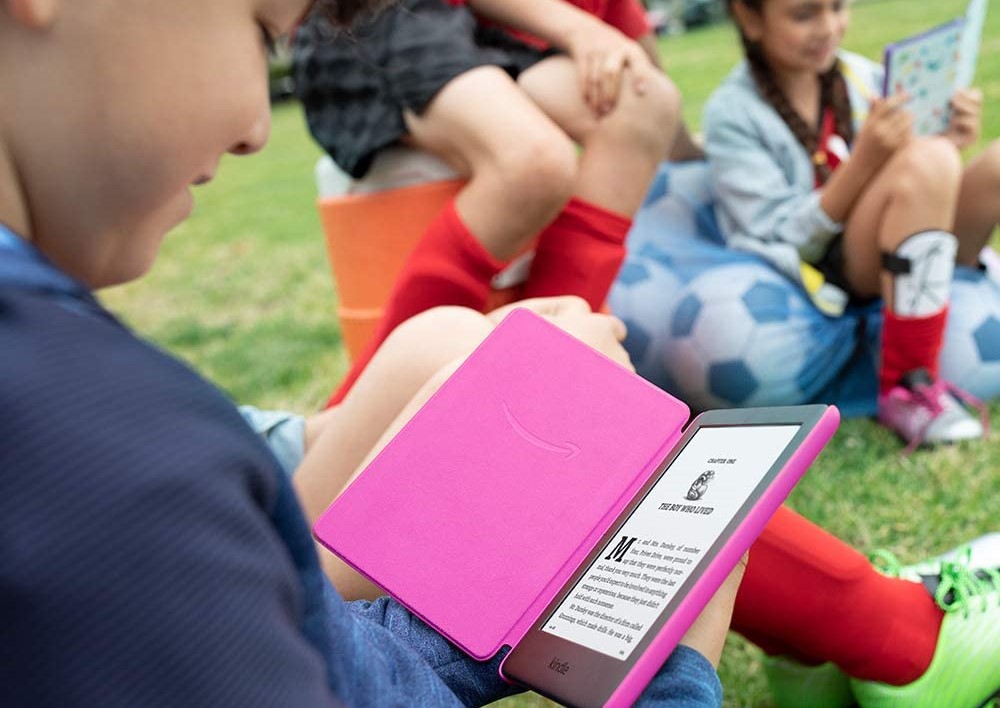 The Kindle Kids e-reader hits new low of $50 before Prime...

There's no need to wait for Prime Day for a decent deal on a Kindle, especially...