This article contains Spider-Man: No Way Home spoilers. Who’s your favorite Spider-Man? This loaded question often says as much about the age of the person answering it as it does the actual performance they’re praising. Millennials of a certain age, as well as younger Gen-Xers, might swear on their lives it never got better than […] The post Spider-Man Actors Ranked from Worst to Best appeared first on Den of Geek. 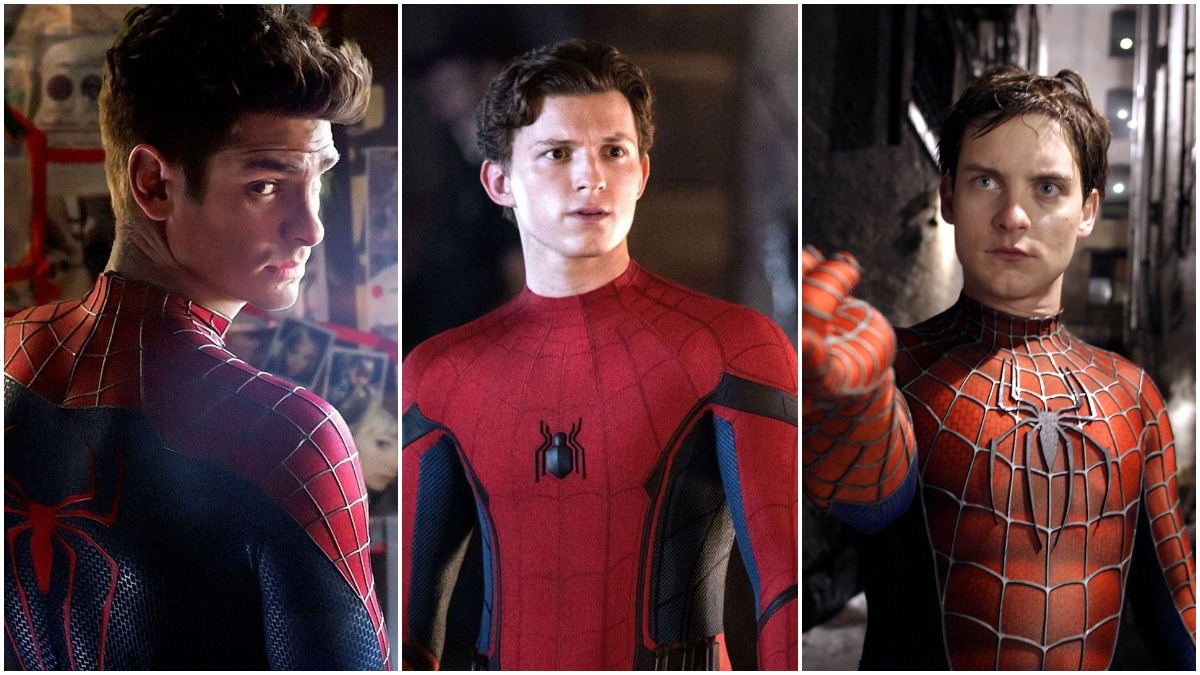 Who’s your favorite Spider-Man? This loaded question often says as much about the age of the person answering it as it does the actual performance they’re praising. Millennials of a certain age, as well as younger Gen-Xers, might swear on their lives it never got better than when Tobey Maguire locked lips with Kirsten Dunst upside down in the rain. Yet if you grew up (or are growing up) in the age of the Marvel Cinematic Universe, is there really any other answer except Tom Holland?

It’s obviously a skewed and entirely subjective debate. Nevertheless, we here at Den of Geek have decided to try and answer for good and all who is the best Peter Parker to ever spin a web, and who’s run might’ve just been a tangled mess. We have polled our editorial staff, as well as even you, dear readers, in order to come up with a clear and definitive ranking. With that said, polls closed before Spider-Man: No Way Home came out. Since then we’ve all been given reason to remember the virtues of each of the three live-action cinematic Spideys…

While watching Spider-Man: No Way Home, we couldn’t help but muse what might’ve been. Consistently charming and funny throughout the third act of the MCU sequel, Andrew Garfield was able to portray the passion for Peter Parker he always spoke so eloquently of in the press. Frankly, he stole the movie from the other two and hinted that he could’ve been the best Spider-Man with a different set of circumstances.

Unfortunately for Garfield, he’s mostly going to be judged by the two movies he did lead in as the only wallcrawler: The Amazing Spider-Man (2012) and The Amazing Spider-Man 2 (2014). Saddled with bad scripts and worse studio notes on both films, Garfield was forced to play a Spidey who was intended to be arbitrarily different from the popular Tobey Maguire version from a few years earlier. Sure, this meant (finally) getting consistent wisecracks. Yet even Garfield’s taunts, like much else with his brooding Peter, came off as mean-spirited and grim.

Throughout both Garfield movies, the new Peter is asked to be a rebel yet alo the comic book nerd; a melancholic loner and Your Friendly Neighborhood Spider-Man. The tonal dissonance between those elements left him as the least effective version of the character. Nonetheless, in moments where his own enjoyment could just crackle through—often when sharing tender scenes with co-star Emma Stone—you could see what Garfield was going for.

But hey, at least No Way Home allowed Maguire to tell him, “You’re amazing,” and for the first time everyone believed it.

There is a scene midway through Spider-Man 2 where Tobey Maguire’s Peter volunteers to Aunt May (Rosemary Harris) what really happened on the night Uncle Ben died. For years, he’d hidden the truth that he let the man who’d go on to murder Ben go. But now on this fateful day, he realizes his aunt also has endured years of guilt over Ben’s absence. So standing by his uncle’s grave, Peter makes a hard choice. The right choice. He’ll alleviate May’s burden by exposing his own, as well as exposing himself to her judgment. And as Maguire recounts the events of the first film, his doleful blue eyes never blink, even as they weep.

It’s one of the smaller moments in the whole Sam Raimi-directed Spider-Man trilogy, yet it’s also one of the director’s favorites. That’s because it’s indicative of everything Maguire brought to the role. More of an introspective character actor than a traditional leading man, Maguire might have lacked Parker’s motormouth snark, but he innately conveyed the character’s often tortured sense of duty, and innate determination to always, in the end, do what is right. Even if it leaves him all the lonelier.

It’s not quite the comic book Spider-Man, but it gets to the essence of the character’s core noble appeal, and the sometimes melodramatic longings of youth. While later Spideys would have more naturalistic scripts, and youthful countenances, they seemed to abandon the earnest wonder and despair of being a young kid torn in opposite directions due to the agony of growing up. Maguire got that implicitly, which is what made the moments where his character truly soared, with either a swing over a train or a kiss in the rain, seem like hard won victories.

If there’s one abiding reason why Tom Holland easily tops the list as our favorite Spider-Mans, it’s simply that for the first time, the character and actor are both age-appropriate. Maguire and Garfield, both of whom had their strengths, were nevertheless clearly older than the high school senior they were meant to be portraying. So is Holland, but just by a handful of years (he was 19 when he made his debut, while Maguire and Garfield were 27 and 29, respectively), and it makes a difference.

In the same vein, Holland’s Peter is written as a young, naïve, awkward teen, and the combination of the writing, Holland’s physicality, and his genuine acting talent bring him closer in appearance and energy than anyone else to the character first envisioned by Stan Lee and Steve Ditko.

Holland’s work in his six appearances to date (including No Way Home) is heartfelt, warm, emotionally strong, and dramatically powerful. He makes you remember that despite his great power, Peter Parker is still just a teenager, and you believe in the idea that this kid can be both a superhero and a teen who’s bewildered by girls, school, adults, and life in general. If Holland sticks around, it might be fascinating to watch him evolve into an adult Peter Parker—but even if he doesn’t, he’ll remain the definitive Spidey for a long time to come.

The post Spider-Man Actors Ranked from Worst to Best appeared first on Den of Geek.

Mystery of vanished heiress: Was she murdered — or ‘dematerialized’?

Todd Haynes Slowly Peels the Cover Off The Velvet Underground

Call of Duty Warzone: Why Ricochet Anti-Cheat Has Fans...

Heels: Stephen Amell on the Big Season Finale and Wrestling...

Raw tuna steaks kept in fridge for 7 days past best before...

Not sure if eating it is a good idea. Never had a tuna steak before so maybe the... 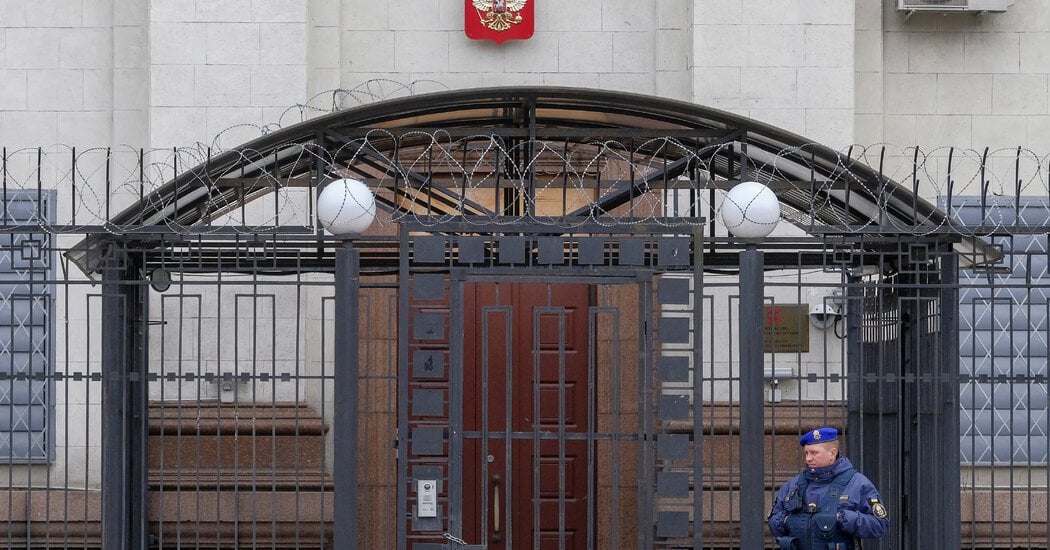 Russia Thins Out Its Embassy in Ukraine, a Possible Clue... 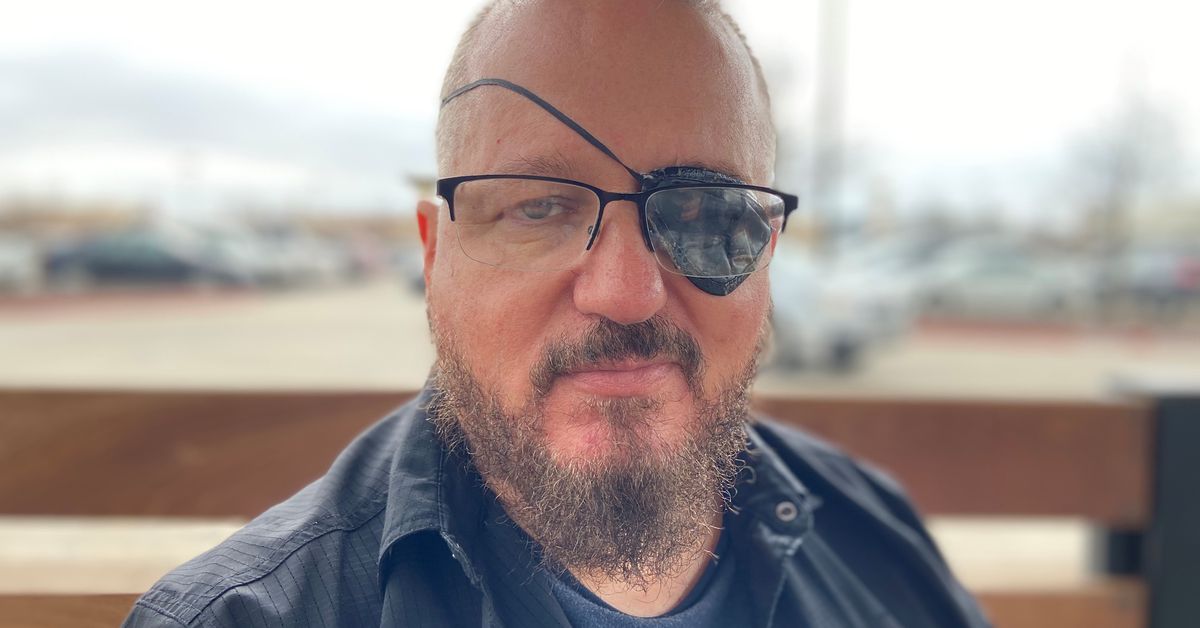 Stewart Rhodes, the recently indicted founder of the Oath Keepers, on February 28,...

Opened a jar of grated Parmesan and it smells like acetone…...

I just made a whole meal and opened up a new can of grated Parmesan and it smelled...

What are some interesting games with "chopping block" approaches...

I have no idea if this is already called something, so I've just been referring... 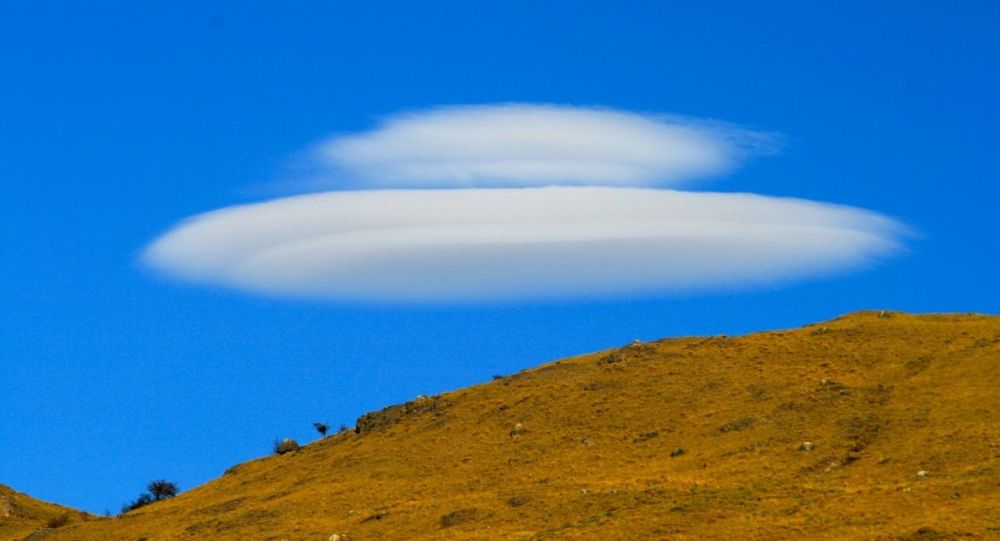 The blogger claimed that the supposed UFO "must have come from or was heading toward... 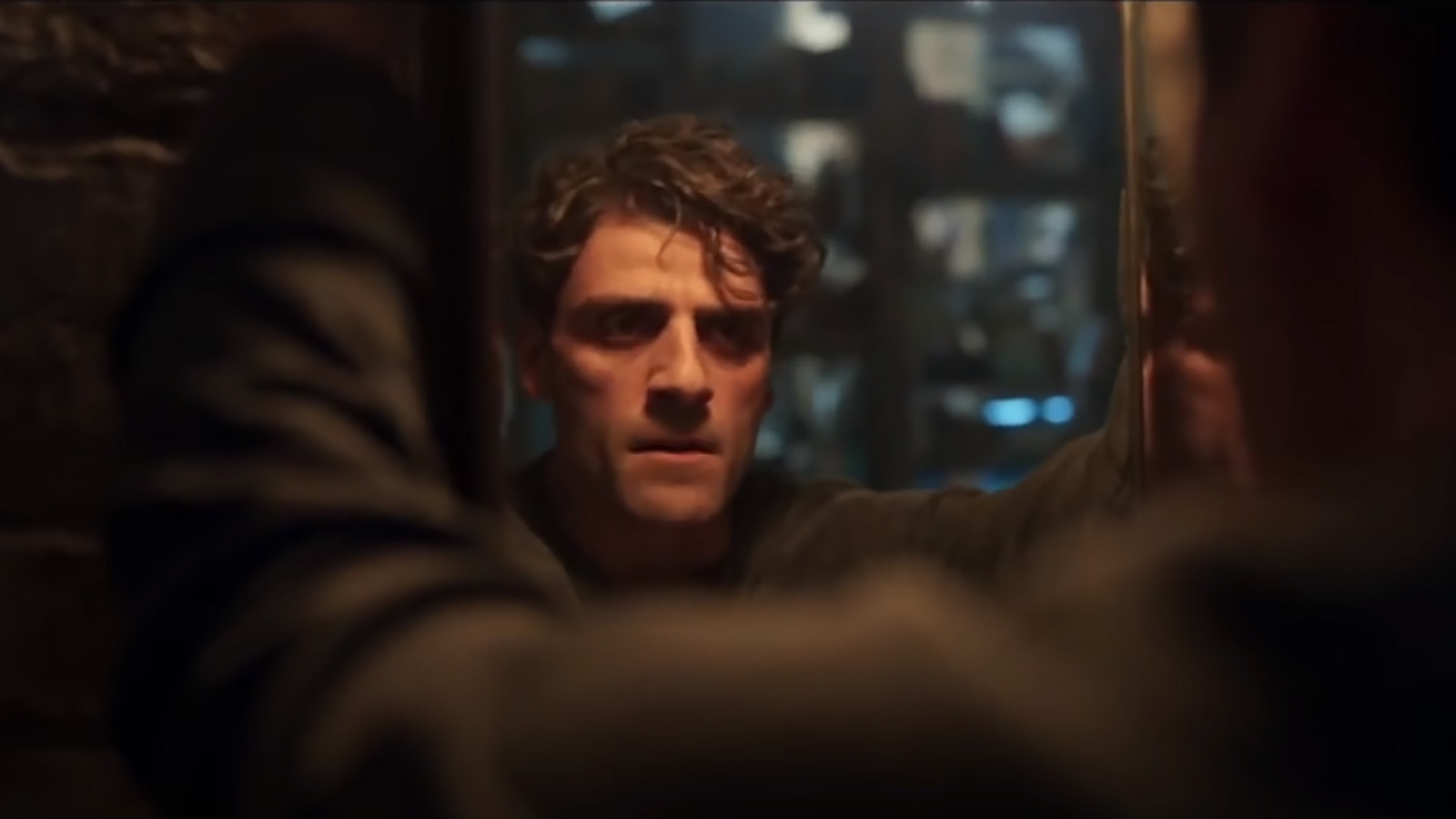 Hold onto your britches folks, because Disney+ is about to get dark: The trailer... 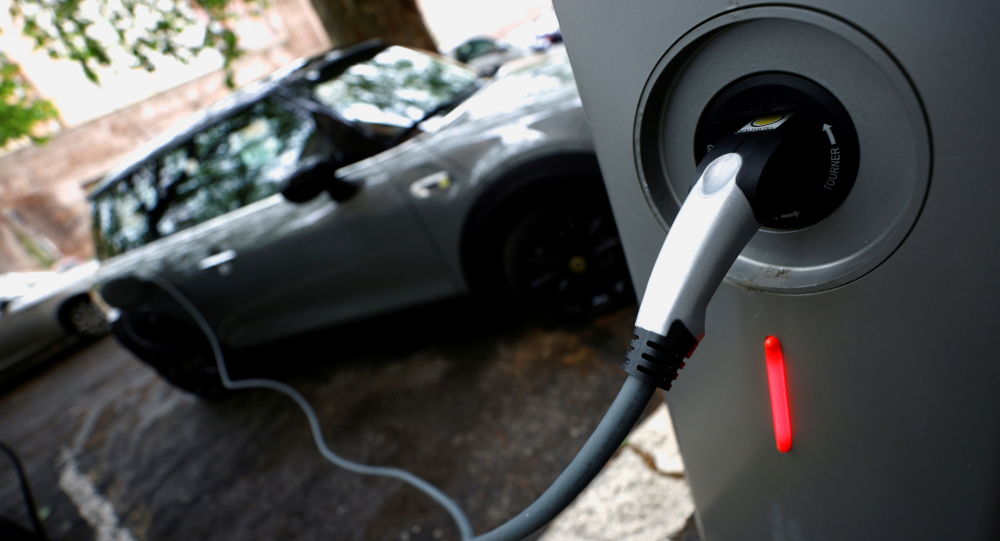 Electric Car Fires May Become Issue as Number of Such Vehicles...

Every human environment is embedded with its own intellectual culture. Are you spending... 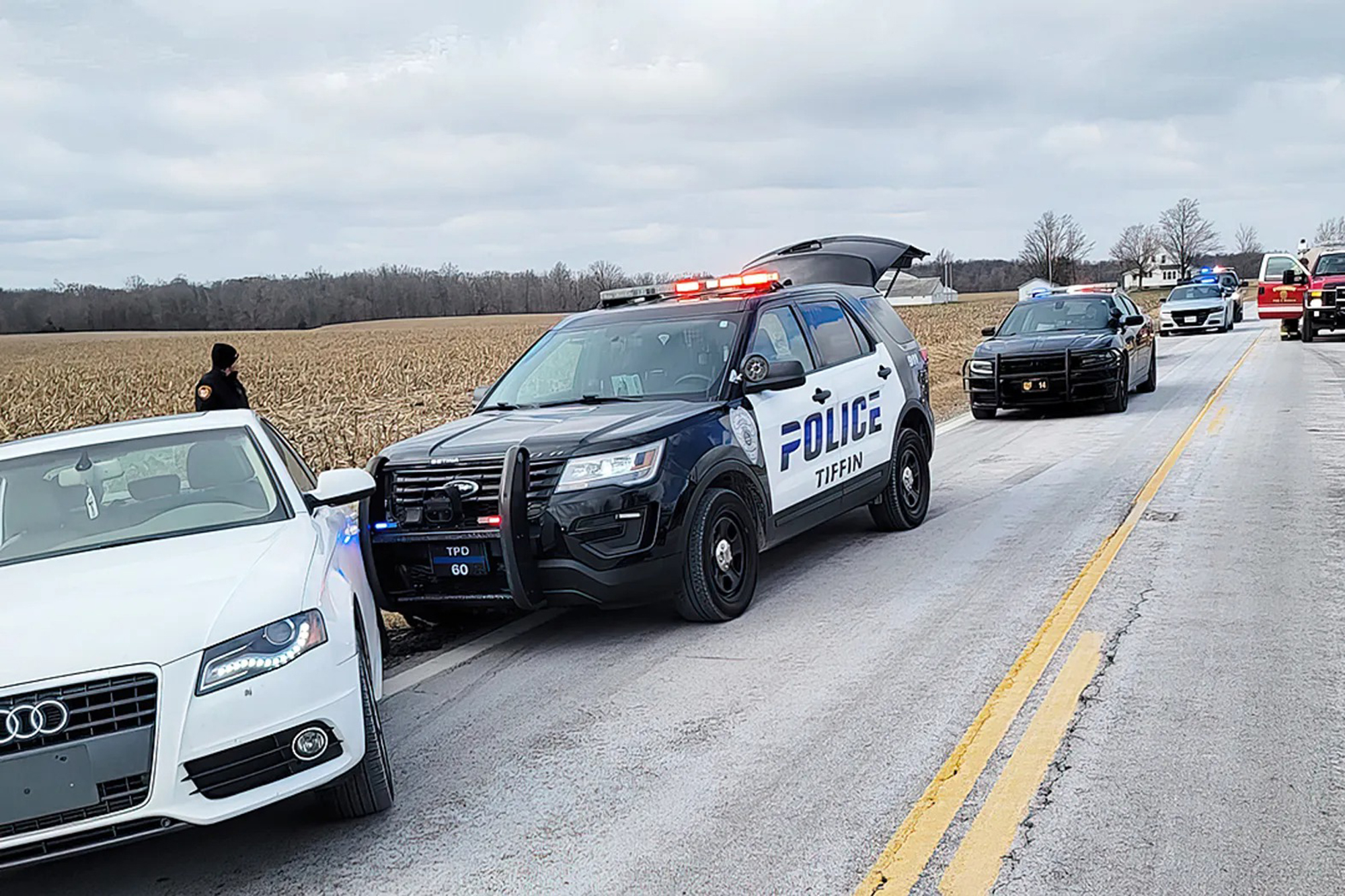 Carjacker stole vehicle with sleeping passenger in back...

An Ohio man stole a car with a passenger asleep in the back, who was eventually...