(Welcome to On Your Radar, a series where we take a look at what's next for the biggest actors and filmmakers, and why you should be excited...or not.) Did you ever think Jules from "Superbad" would go on to enjoy such a lengthy, high-profile, and incredibly successful career? In all honesty, you probably did, because her magnetic presence and reams of talent were evident even in her earliest appearances. In between working alongside greats such as Alejandro G. Iñárritu, Damien Chazelle, and Yorgos Lanthimos, Emma Stone has also made time for entertaining and crowd-pleasing genre franchises with "Zombieland," "The Amazing Spider-Man," and "Cruella," proving her versatility many... The post Upcoming Emma Stone Movies and Shows to Keep On Your Radar appeared first on /Film. 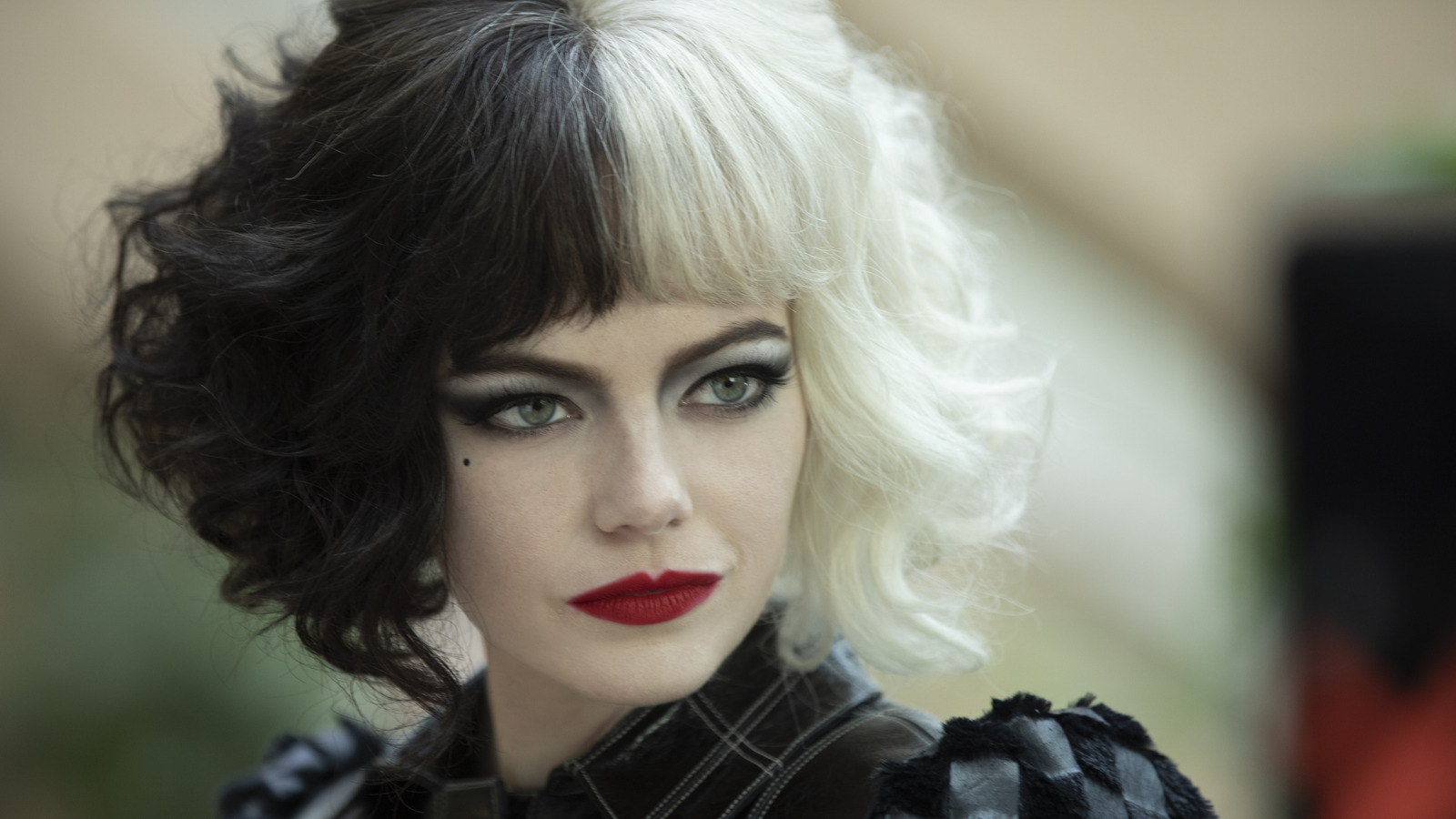 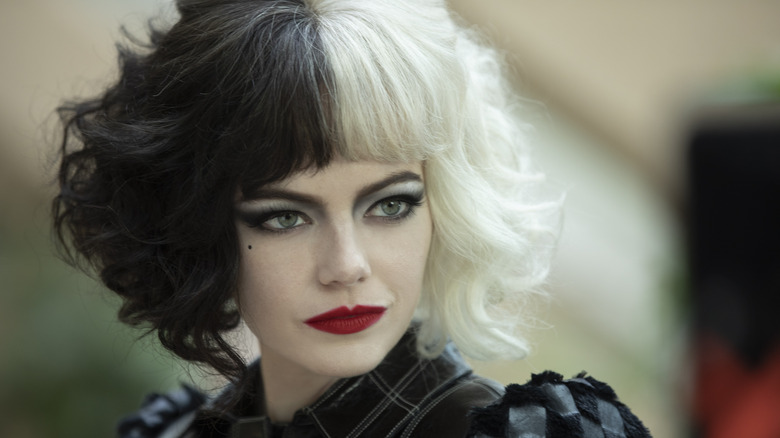 (Welcome to On Your Radar, a series where we take a look at what's next for the biggest actors and filmmakers, and why you should be excited...or not.)

Did you ever think Jules from "Superbad" would go on to enjoy such a lengthy, high-profile, and incredibly successful career? In all honesty, you probably did, because her magnetic presence and reams of talent were evident even in her earliest appearances. In between working alongside greats such as Alejandro G. Iñárritu, Damien Chazelle, and Yorgos Lanthimos, Emma Stone has also made time for entertaining and crowd-pleasing genre franchises with "Zombieland," "The Amazing Spider-Man," and "Cruella," proving her versatility many times over and establishing herself as one of the most in-demand actors in the business right now.

After slowing down a bit and starring in really only one major film ("La La Land") from 2015 to 2017, Stone has roared back in recent years with her excellent performance in the multiple Oscar-nominated "The Favourite," the popular Netflix series "Maniac," and two profitable franchise entries in "Zombieland: Double Tap" and Disney's live action "Cruella." Emma Stone continues to choose her next projects wisely, remaining busy with some fascinating movies and shows on her docket in the years ahead. 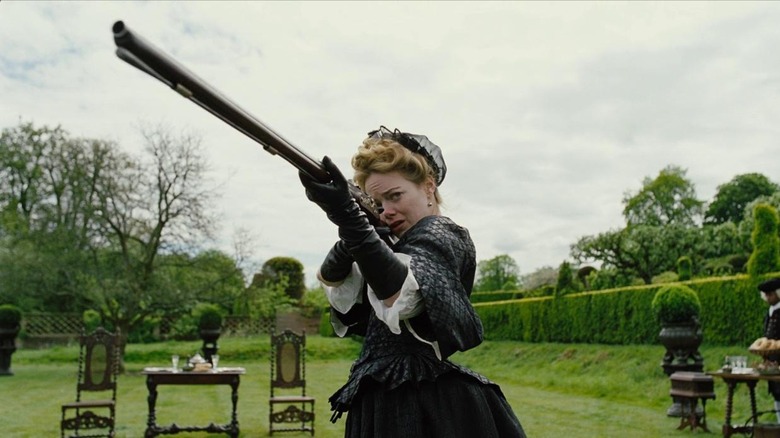 Arguably, Emma Stone has never put forth a better performance than she did in 2018's "The Favourite." Given its critical acclaim and its pleasantly surprising run at Oscars glory that year, winning Best Actress for Olivia Colman, it's fitting that Stone would want to collaborate with director Yorgos Lanthimos once more. This reunion will happen with "Poor Things," a mashup of Victorian literature and a reimagining of the classic Frankenstein story. In this story, based on a novel by writer Alasdair Gray, the monster has been replaced by "Bella Baxter – a beautiful young erotomaniac brought back to life with the brain of an infant." If that doesn't excite you, just check out the synopsis below. "Poor Things" is currently in the midst of filming and is tentatively scheduled for a release sometime next year.

Ostensibly the memoirs of late-19th-century Glasgow physician Archibald McCandless, the narrative follows the bizarre life of oversexed, volatile Bella Baxter, an emancipated woman, and a female Frankenstein. Bella is not her real name; as Victorian Blessington, she drowned herself to escape her abusive husband, but a surgeon removed the brain from the fetus she was carrying and placed it in her skull, resuscitating her. The revived Bella has the mental age of a child. Engaged to marry McCandless, she chloroforms him and runs off with a shady lawyer who takes her on a whirlwind adventure, hopping from Alexandria to Odessa to a Parisian brothel. As her brain matures, Bella develops a social conscience, but her rescheduled nuptials to Archie are cut short when she is recognized as Victoria by her lawful husband, Gen. Sir Aubrey Blessington. 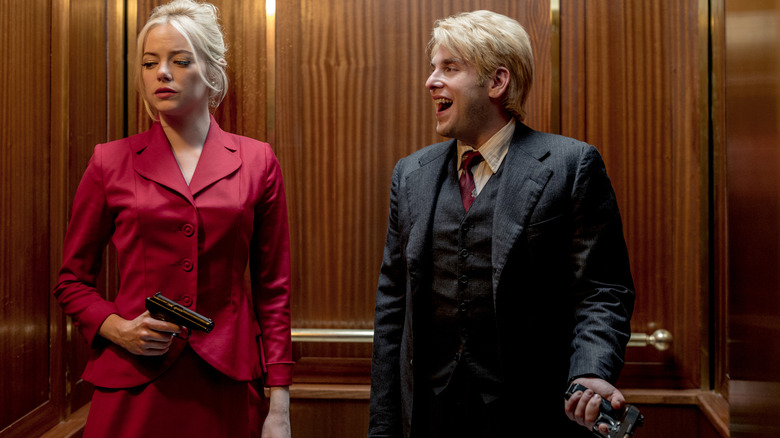 When we mentioned Emma Stone's versatility before, that applied to her ability to adjust to wildly different roles just as much as it does to different mediums. Stone has appeared in television before, but her performance in Netflix's "Maniac" helped make an even more convincing case that the actor could truly handle anything thrown her way. This time, Stone is set to team up with Nathan Fielder and the Safdie brothers in "The Curse," a new Showtime series that revolves around a married couple plagued by an apparent curse. The half-hour comedy series is produced by Fielder, the Safdies, A24, and Stone as well, with the show described as "...a genre-bending scripted comedy that explores how an alleged curse disturbs the relationship of a newly married couple as they try to conceive a child while co-starring on their problematic new HGTV show." Stone obviously proved her comedic chops in many previous roles and we can't wait to see her do so once more. The series is still in very early stages of development, so stay tuned for more updates when production begins in earnest. 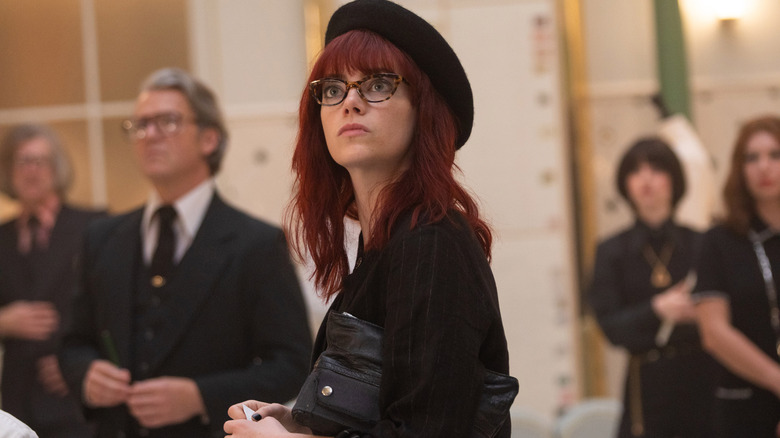 You didn't think Disney would stop at just one "Cruella" film, did you? The bizarre choice to create a standalone origin film for the classic "101 Dalmatians" villainess allowed Emma Stone to really sink her teeth into the scenery and chew it up for all its worth. And when a studio so reliant on live action remakes/spin-offs/sequels stumbles onto a hit like this, it's only a matter of time when they bring you back for more. That unsurprising news first came down in August of 2021, though concrete numbers pertaining to the box office success of the first "Cruella" are muddled due to its day-and-date release in theaters and streaming on the Disney+ platform. Presumably, the film grossed enough between theaters and Premiere Access (meaning even subscribers had to fork over an extra bit of cash to watch the film from the safety of home during the pandemic) to justify a sequel, with provisions in Stone's contract ensuring that the star wouldn't run into the same sort of messiness that Scarlett Johansson sued Disney for and ultimately settled. Our very in-depth takeaway from all this? Get that paycheck, Emma Stone!

When You Finish Saving The World (As A Producer) 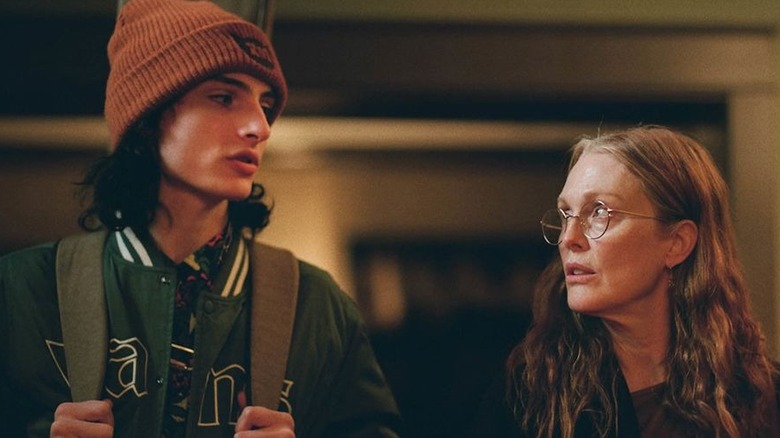 Alright, we're going to cheat a little bit with this next entry because you won't actually get to see Emma Stone in this movie. But that said, it's still worth noting her involvement in this project as a producer given that "When You Finish Saving the World" stands as actor Jesse Eisenberg's directorial debut. The two have previously starred together in the "Zombieland" movies and it's actually pretty heartwarming to see Stone take on a producing role for her friend and former co-star. The recent announcement of the Sundance Film Festival lineup gave us our first look at the upcoming movie, which is described as:

"...the moving and evocative story of three individuals working to understand each other and themselves: Nathan, a father learning to connect with his newborn son; Rachel, a young college student seeking to find her place in a relationship and in life; and Ziggy, a teenager hoping to figure out where he came from, and where he's headed. The six-hour audio experience shifts between time frames in these characters' lives, spanning a period of more than three decades." 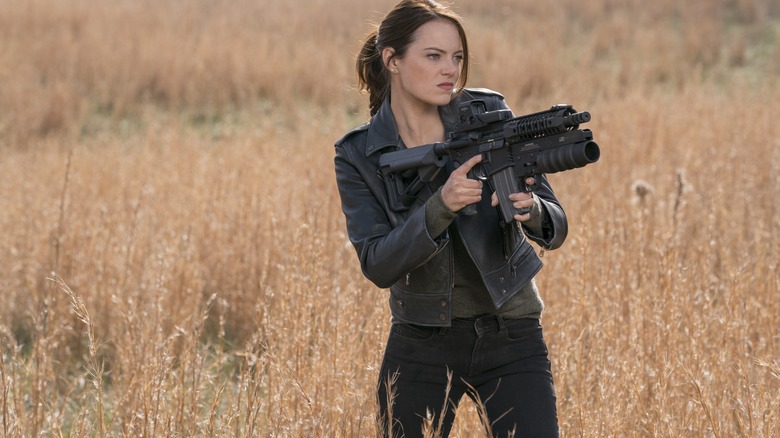 We're rounding this list off with some informed speculation. There was no less than an extended decade-long wait between installments of the popular "Zombieland" movies, with the quartet of Stone, Eisenberg, Woody Harrelson, and Abigal Breslin all returning to reprise their roles for more hilarious and rule-following (and sometimes rule-breaking) zombie mayhem. Given what we know about a potential "Zombieland 3," it's clear that the cast and crew are at least willing to team up once more for another go-around. That said, it may be some time before another one, at least based on one of director Ruben Fleischer's prior comments where he stated that, "One idea that was brought up that I think would be cool is seeing what's going on in other parts of the world, which would be exciting for me."

Both films enjoyed very solid box office results and Emma Stone's performance as the acidic Wichita in the original "Zombieland" still stands tall as many fans' favorite performance of hers, so we definitely can't rule out a third film in this series someday when the stars (and actor schedules) align. As Stone continues to build out her career, here's hoping she finds time to return for another "Zombieland" film.

Read this next: 15 Must-See Movies About College, Ranked

The post Upcoming Emma Stone Movies and Shows to Keep On Your Radar appeared first on /Film.

Will There Ever Be A Scrooged 2? Here's What We Know

The King's Man Credits Scene Explained: So You Say You...

Why Martin Scorsese Nearly Walked Away From Hollywood

Everything We Know About Locke & Key Season 3 So Far

How Doctor Strange 2's Delay Affected The Spider-Man: No... 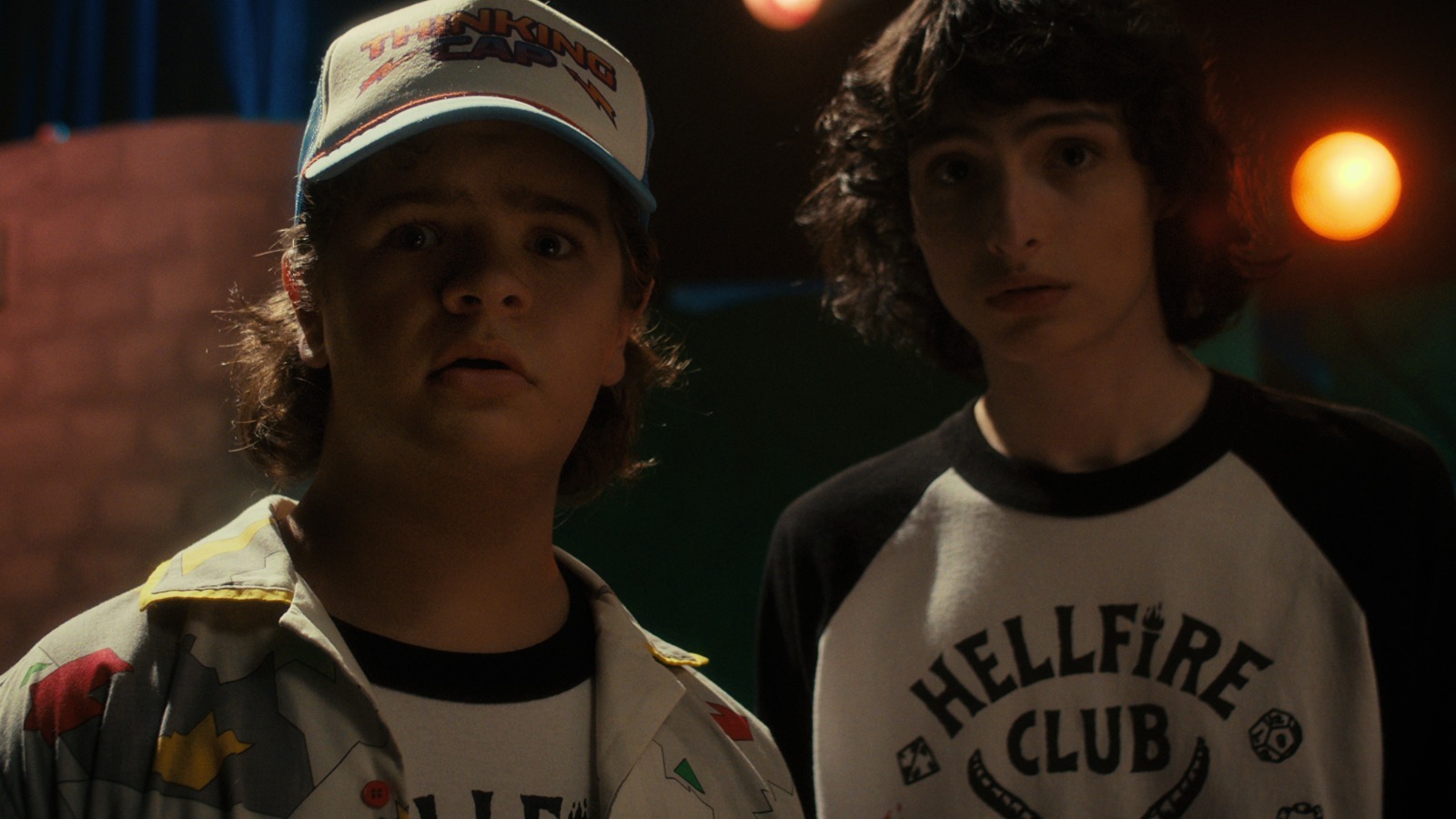 The Kills In Stranger Things Season 4 Are More Brutal Than... 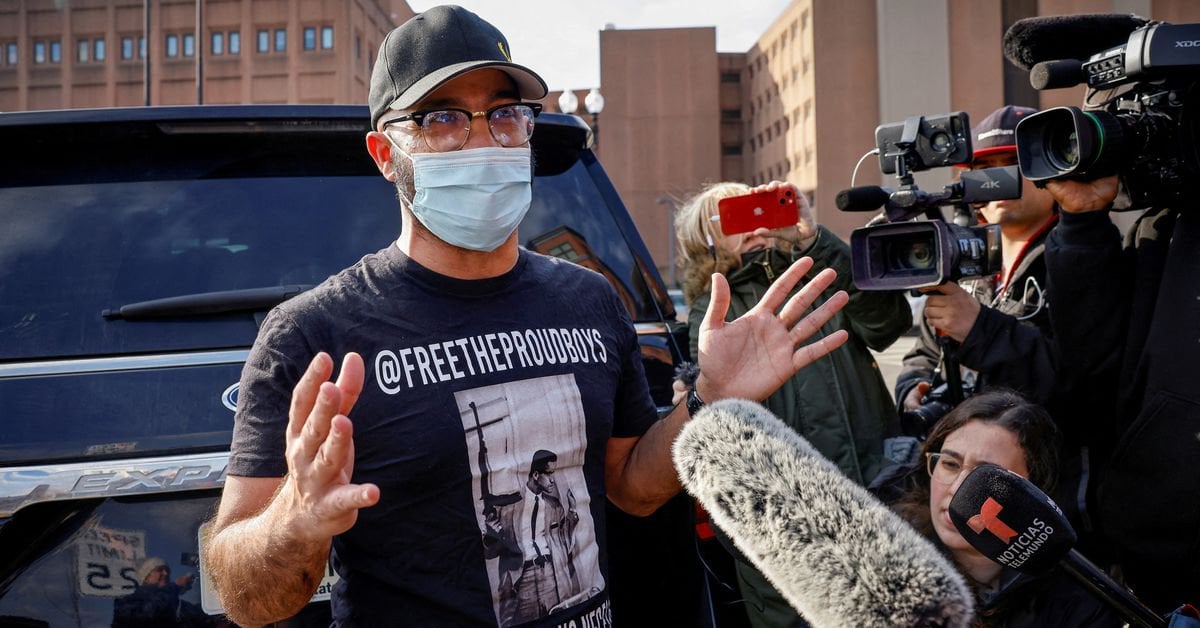 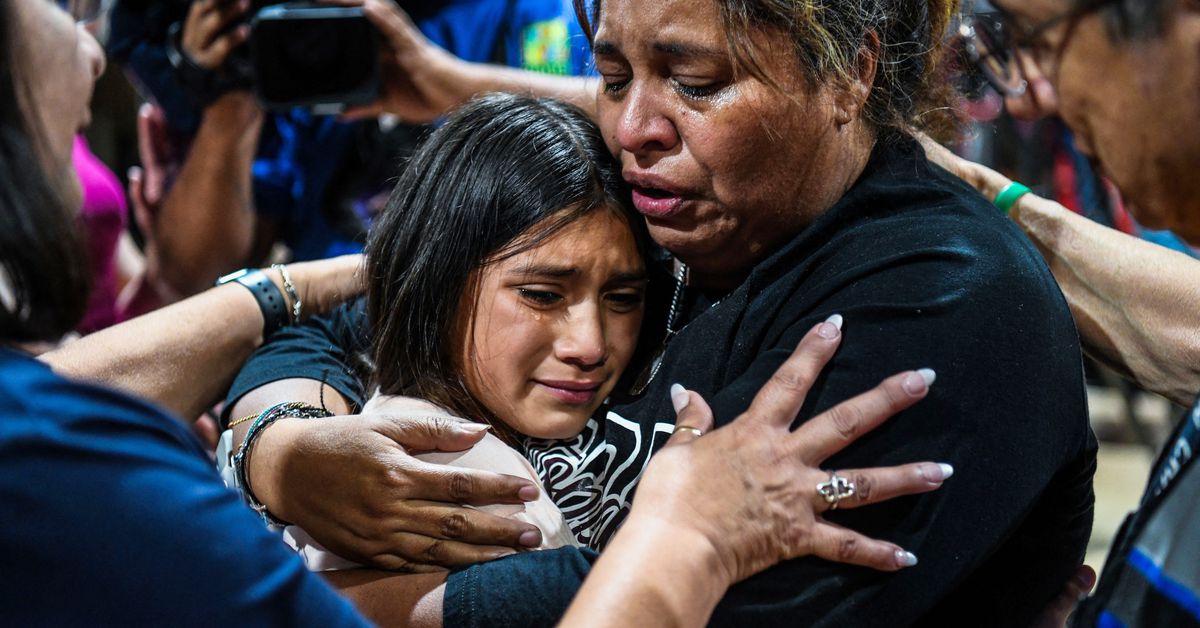 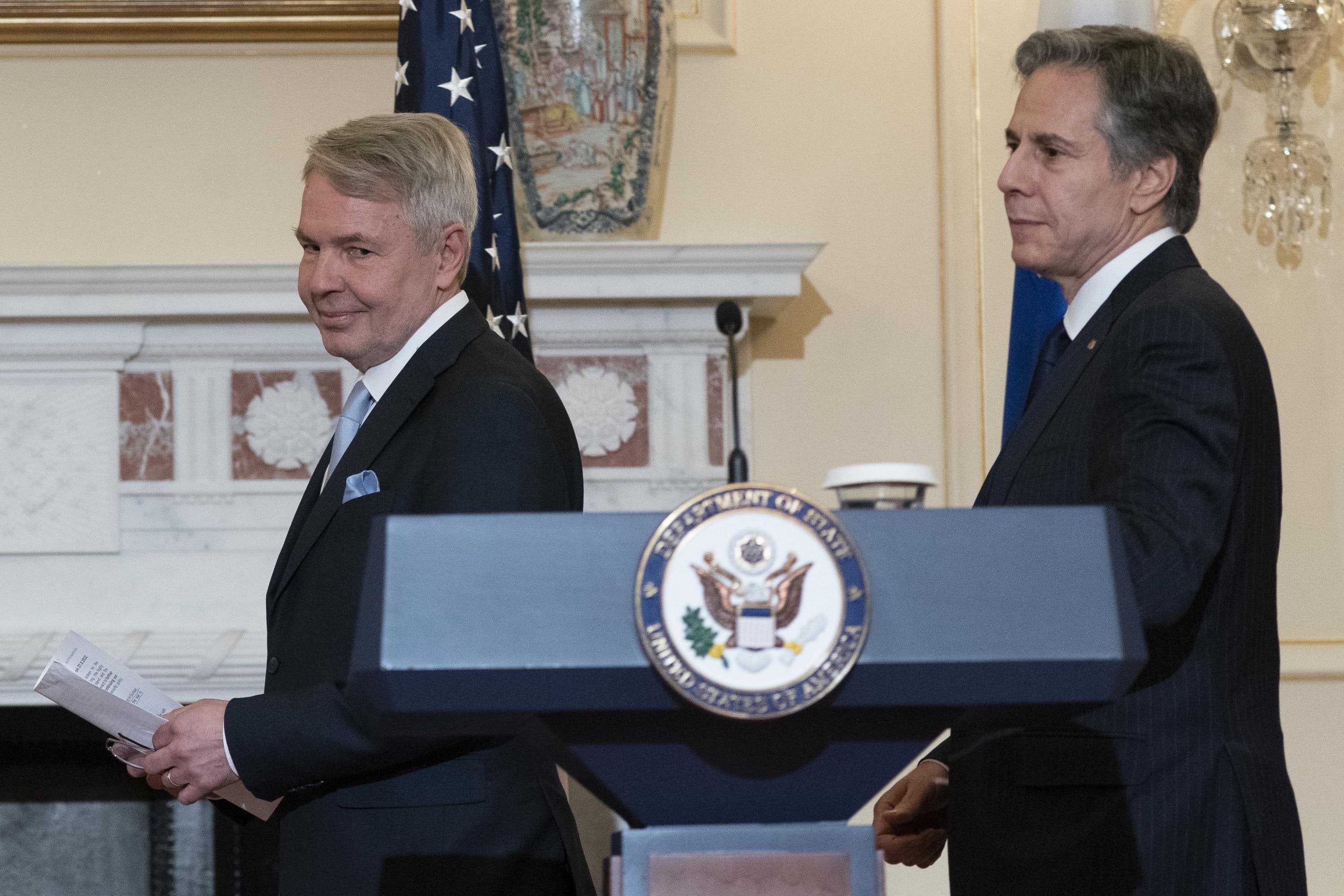 US: Turkey's NATO issues with Sweden, Finland will be fixed 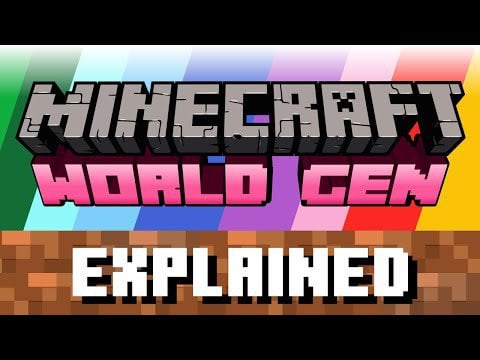 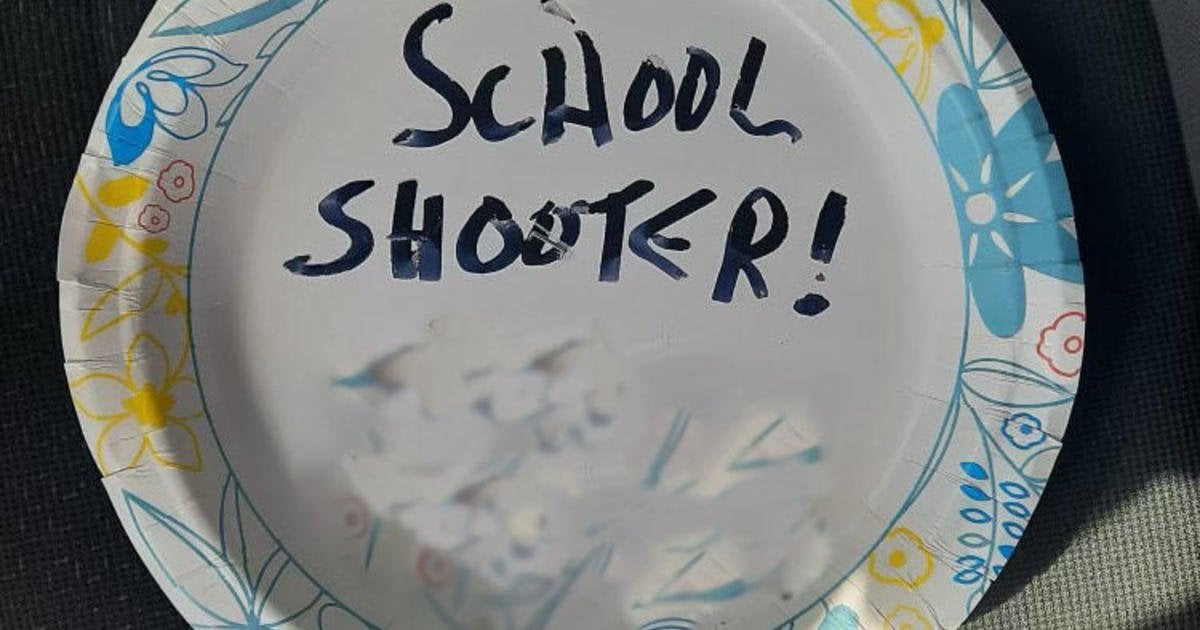 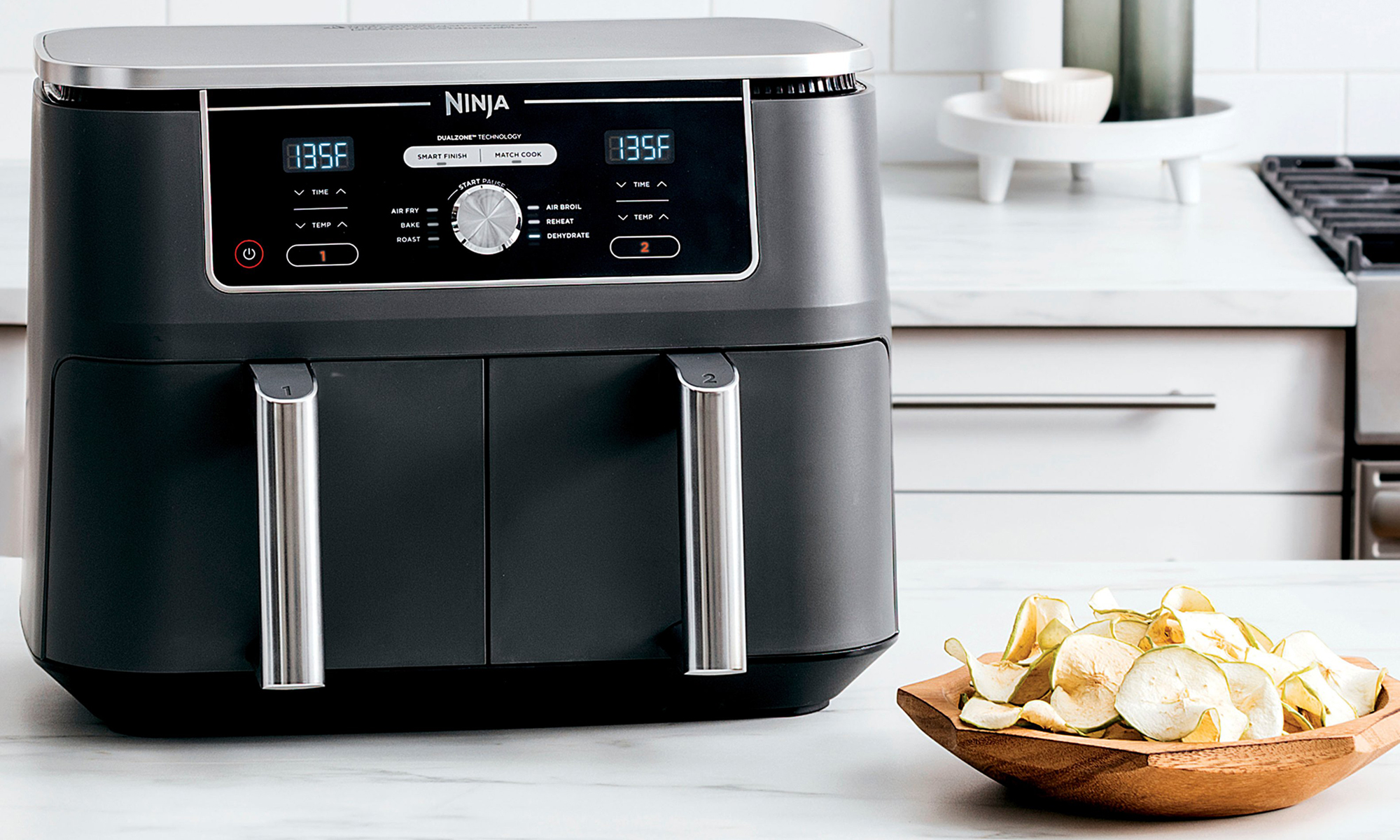 The best smart home and kitchen sales we found for Memorial...

If you’ve been waiting to upgrade your home with the latest gear, this weekend might... 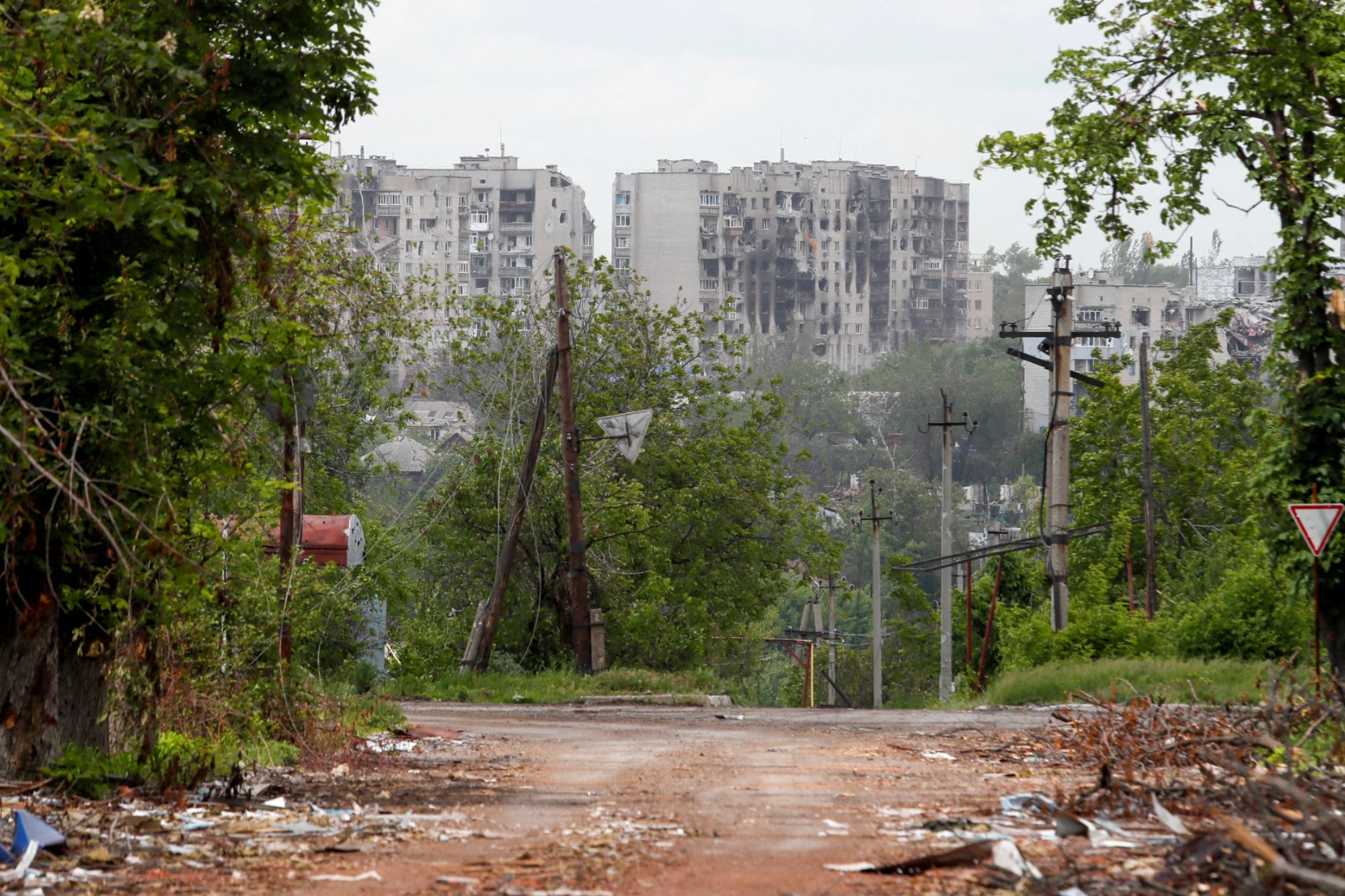 A withdrawal could bring Russian President Vladimir Putin closer to his goal of...