Why Obi-Wan Kenobi Is the Most Important Star Wars Character

On May 27, director Deborah Chow and writer Joby Harold will introduce Jedi Master Obi-Wan Kenobi to a new generation of Star Wars fans. Crafting any tale in this universe can be a huge undertaking, so just imagine the expectations that come with continuing the story of the most important Star Wars character of all […] The post Why Obi-Wan Kenobi Is the Most Important Star Wars Character appeared first on Den of Geek. 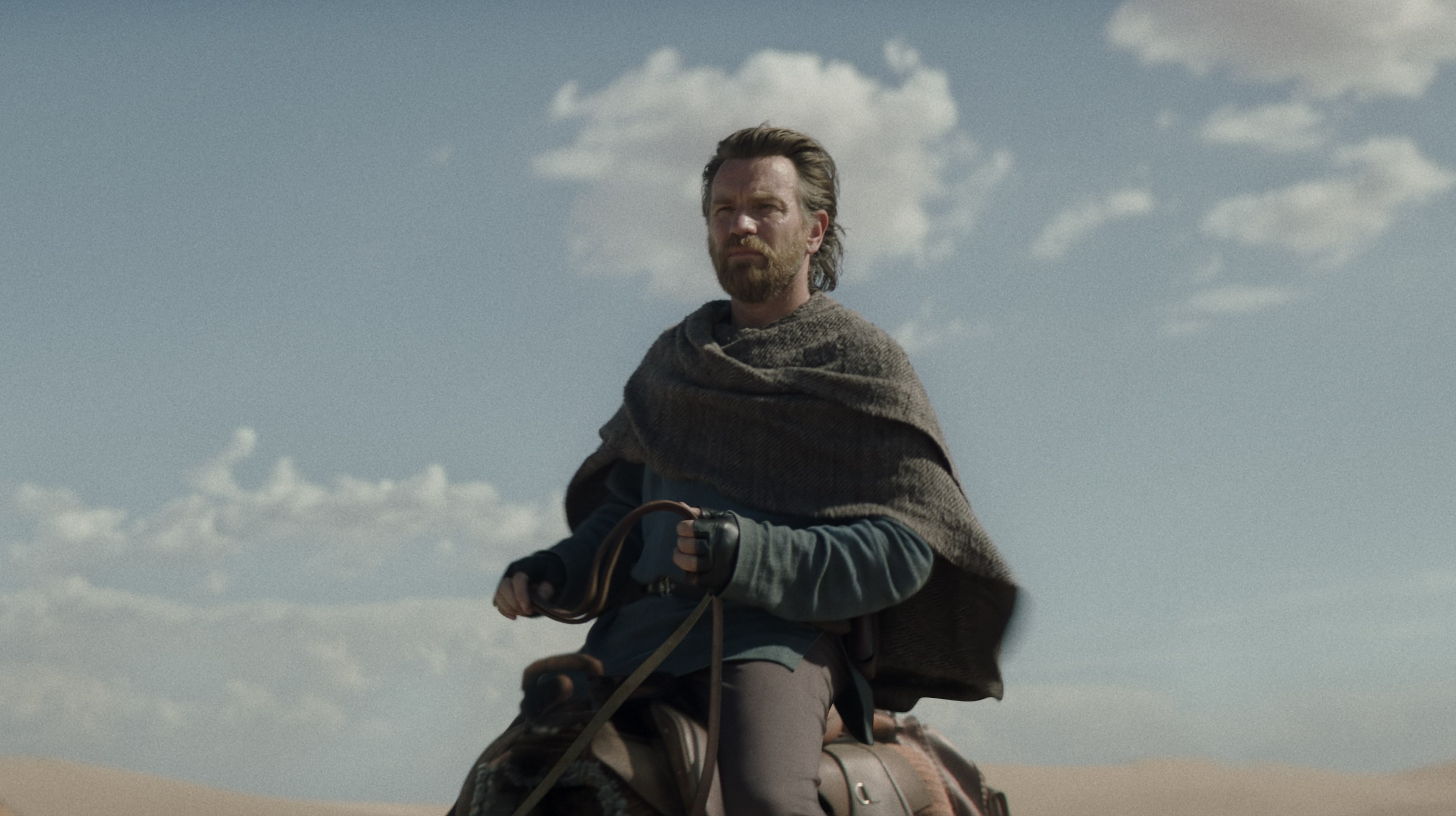 On May 27, director Deborah Chow and writer Joby Harold will introduce Jedi Master Obi-Wan Kenobi to a new generation of Star Wars fans. Crafting any tale in this universe can be a huge undertaking, so just imagine the expectations that come with continuing the story of the most important Star Wars character of all time.

“I think at the beginning, you feel the intimidation, for sure. You’re lying if you say you don’t,” Harold tells Den of Geek over Zoom. “Once upon a time, George Lucas wrote that name on a piece of paper, and now you are custodian of that name for this period of time. You feel the weight of that.”

The writer behind recent Netflix zombie hit Army of the Dead took over script duties from original screenwriter Hossein Amini (Drive), a creative shakeup that saw the story become a pseudo-continuation of the Prequel Trilogy. Ewan McGregor’s Obi-Wan will once again face off against his former apprentice, with Hayden Christensen reprising the role of Darth Vader. Set 10 years after their fateful duel in 2005’s Revenge of the Sith, these two Star Wars titans have “unfinished business,” according to Harold.

Obi-Wan Kenobi will premiere at an interesting time for the franchise. It’s no secret that Star Wars is at a crossroads, shifting from a story that was once predominantly told on the big screen to a saga that’s now largely unfolding across multiple series on Disney+. Yes, Obi-Wan is the kind of massive character that would have once been reserved for an event film—and there was one in the works from director Stephen Daldry (The Reader) until Star Wars standalone movie plans were scrapped after Solo’s disappointing box office performance—but a streaming series actually feels more fitting for 2022 and this new era of Kenobi tales.

While the big Star Wars tentpole films tend to push the stories of iconic characters like Luke Skywalker and Leia Organa forward in massive, status-quo-shattering ways, the streaming series allow creators to take a more intimate approach, showing how these same heroes continue to evolve between film installments. For example, The Mandalorian and The Book of Boba Fett explore how Luke has grown since Return of the Jedi while also planting the seeds for why his own Jedi academy would eventually fail—which, in turn, informs his arc in The Last Jedi. The chance to do the same for an Obi-Wan living in the years between the Prequel and Original Trilogies is one of the things that attracted Harold to the project.

“There’s still an untold story there because of the weight of what he’s carrying, because of Anakin,” Harold says of where we find old Ben in the new series. “That weight and how that is reconciled and how that evolves, and how he became the man who eventually is able to do what he does in A New Hope, especially when he faces Vader—he’s at peace. How did the man on Mustafar end up at peace? That felt like a story.”

Seeing McGregor back as Obi-Wan will undoubtedly create a new wave of nostalgia for Prequel fans, especially those Millennials who were kids in the early 2000s when McGregor and Christensen were taking down hordes of pesky droids. Just as the Sequel Trilogy felt like it was aimed directly at a specific generation of adults who were in middle school when the first Star Wars hit theaters in 1977, there’s a part of Obi-Wan Kenobi that is clearly catering to 30-year-olds who have long dreamed of seeing their childhood Jedi hero pick up a lightsaber again.

But there’s also something deeper at work when it comes to Obi-Wan Kenobi. Every generation of Star Wars fans has been inspired by its own version of the wise Jedi Master. Gen X had Sir Alec Guinness in the Original Trilogy, while Millennials and early Gen Z had McGregor in the Prequels. Now that Millennials are beginning to have families of their own, their kids will grow up with the Disney+ series and an Obi-Wan at yet another stage in his life. In other words, every generation of Star Wars fandom is a Kenobi generation.

You might be asking, “Sure, but hasn’t every Star Wars fan grown up with Luke, Han, and Leia, too?” That’s definitely true, but kids growing up in the 2000s never got a new movie or series starring the original trio (1997’s Star Wars Special Editions were a great introduction to these characters, though). On the other hand, almost every young Star Wars fan has enjoyed a brand-new onscreen adventure starring Obi-Wan.

Why does Star Wars always go back to Obi-Wan and not Luke, Darth Vader, Leia, or Boba Fett? What makes Obi-Wan so much more important?

“Obi-Wan was the soul of [the Original Trilogy.] He was the one who pulled back the curtain and introduced the audience to a new world—not just mythology-wise, but a new world of storytelling and everything that George built,” Harold, a self-described “Original Trilogy kid,” explains. “It was through Obi-Wan’s eyes, through his words, that we all came to understand that bigger world. Because of that, he’s always been, to me, the character that was the most compelling. As much as it was the Skywalker story, Obi-Wan was the entry point.”

The same is true of Prequel Obi-Wan. When McGregor was cast in 1999’s The Phantom Menace, he was accepting not only the biggest part of his career but a huge responsibility to Star Wars fandom. While on the surface the first Prequel film begins the story of Anakin’s tragic fall to the dark side, the movie is truly about Obi-Wan, who, while slightly in the background for the first two acts of the movie, must eventually become the mentor he was always destined to be. When he takes Anakin as his apprentice at the end of Episode I, he’s once again ushering all the kids in the audience into a larger world.

This is why there’s no better character with which to explore yet another unseen era of Star Wars, according to Harold.

“If you’re going to tell a legacy story, this didn’t just feel like another character you were taking advantage of; it felt like the right character to tell a story between the Original Trilogy and the Prequels,” Harold says. “He’s the one who’s been bearing witness throughout that story, to all the different elements of it, everything that happens with Anakin, it’s Obi-Wan.”

But Obi-Wan is also a well-established character who’s been explored across movies, animated series, books, comics, and games. You could easily end up repeating yourself. Harold agrees: “It has to be its own story. If you get consumed too much by the legacy of it all, I think it can suffocate the storytelling.”

Fortunately, Obi-Wan Kenobi brings plenty of new elements to the table. Gone are the Republic and the Separatists of the Prequels, replaced by an Empire on the rise. The Jedi no longer command armies but are hunted down by them. Darth Vader has his very own order of Jedi executioners known as The Inquisitorius, led by the Grand Inquisitor (Rupert Friend). In fact, when Obi-Wan is forced out of hiding to go undercover on a new, neon-drenched planet called Daiyu, he comes face to face with one of these Jedi hunters: Reva (Moses Ingram), who brings “attitude, ambition, guile, [and] a whole new energy,” according to Harold.

Obi-Wan himself is in a very different place emotionally than where fans left him in 2005. He’s in exile on Tatooine, living in a dark, desolate cave near the Lars homestead, where a 10-year-old Luke (Grant Feely) plays, oblivious to his own destiny. Unsurprisingly, this Obi-Wan feels completely defeated and like his heroic Jedi days are over. Even when he’s thrust back into the action on the show, he brings a blaster to the fight, not his lightsaber (at least not at first).

“He’s in a cave for a reason, which will become clear, same with the blaster,” Harold says. “Part of the joy of this was, we’ve all imagined where Obi-Wan was. It’s finally getting to see him in that environment, doing those things, and there’s a great joy to that.”

It’s safe to say no one thought they’d ever see McGregor back as Obi-Wan after the Prequels, which were maligned at the time of their release. In fact, the actor spent years asserting that he’d never return to Star Wars, especially after how poorly the movies were received. But in 2022, the Prequel Trilogy is enjoying a well-deserved re-examination. Even Ahmed Best’s divisive Jar Jar Binks gets standing ovations at Star Wars Celebration now. Why? Because the fans who were kids in 1999–2005 grew up loving these movies, no matter what the more jaded adults had to say at the time. And just like Guinness in ’77, it was McGregor’s Obi-Wan who was lighting the way for that second generation of Star Wars fandom. This year, he’ll do it again for a third.

“As far as legacy characters go, he’s the biggest,” Harold says. “You’re entering everything that George built, to me, because Obi-Wan is the custodian of that. He’s the guy who says, ‘Come with me.’”

The first two episodes of Obi-Wan Kenobi premiere on May 27 on Disney+.

The post Why Obi-Wan Kenobi Is the Most Important Star Wars Character appeared first on Den of Geek.

Death On The Nile Trailer: Yes, This Movie Is Still Coming...

Kevin Can F**k Himself Creator Valerie Armstrong On Getting...

Casablanca Ending Explained: The Conclusion Of A Dizzying...

It's Spider, Man! Meet The Human Raised By Na'vi In Avatar...

One Of Empire Records' Most Important Roles Nearly Went... 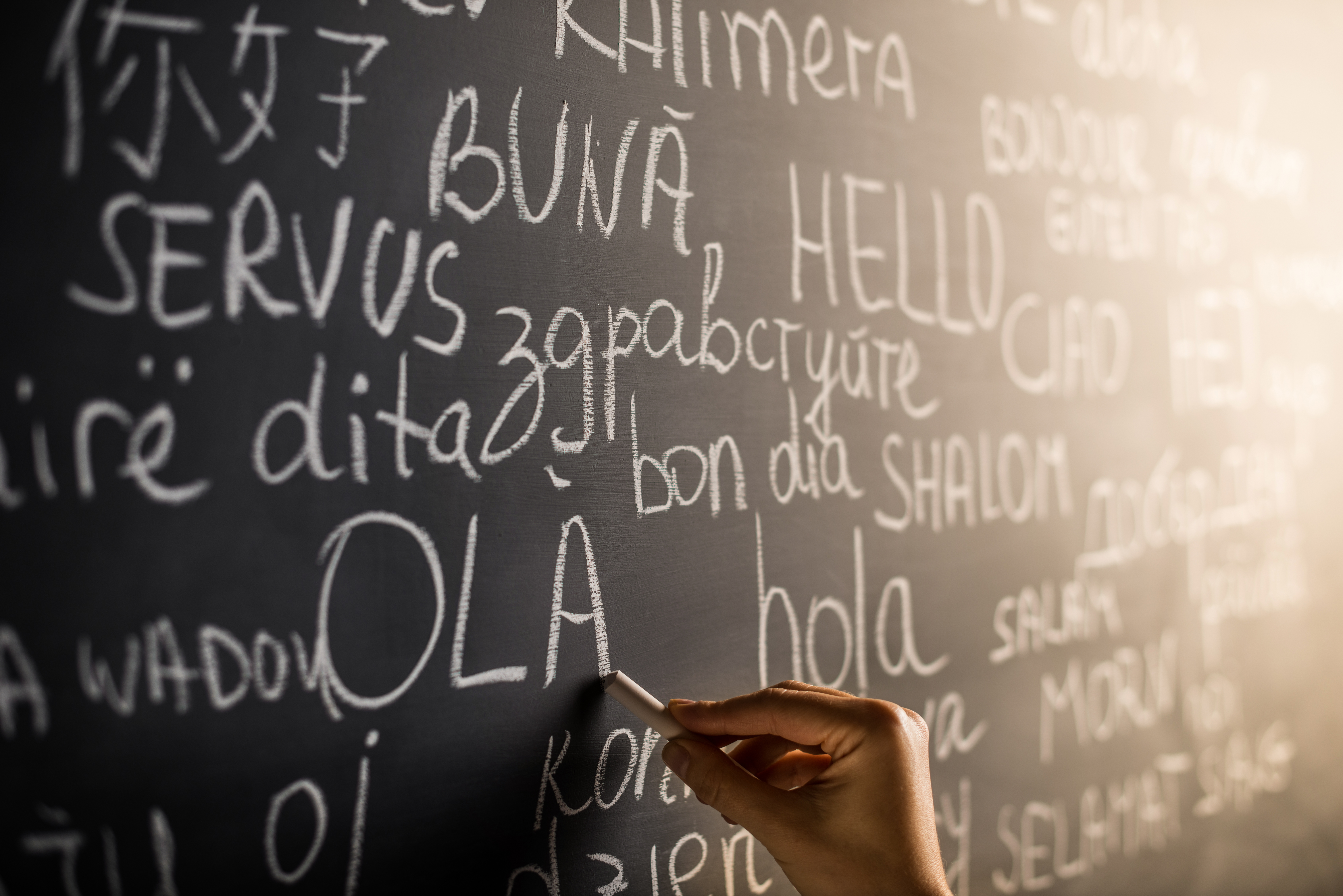 More than 7,000 languages are currently spoken on this planet and Meta seemingly... 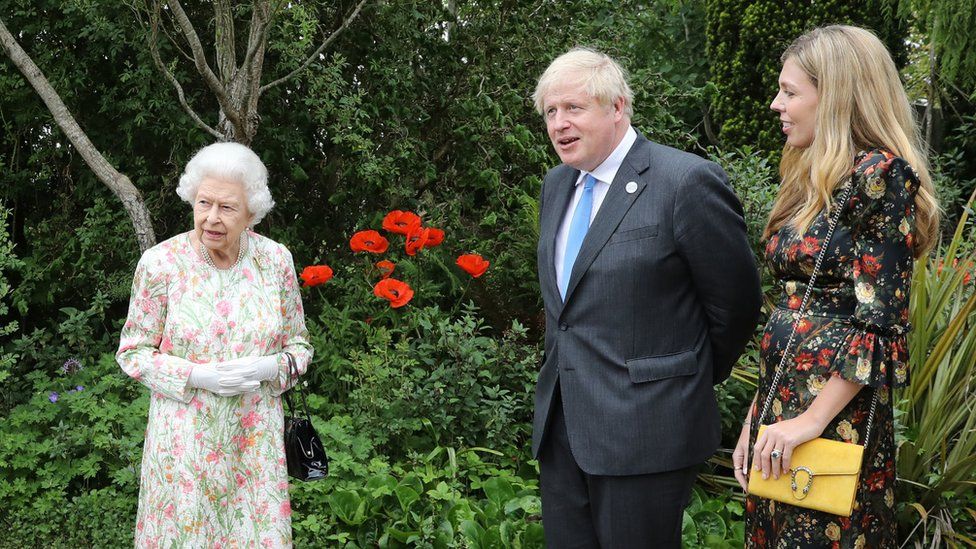 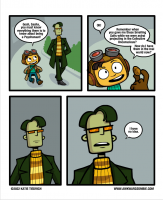 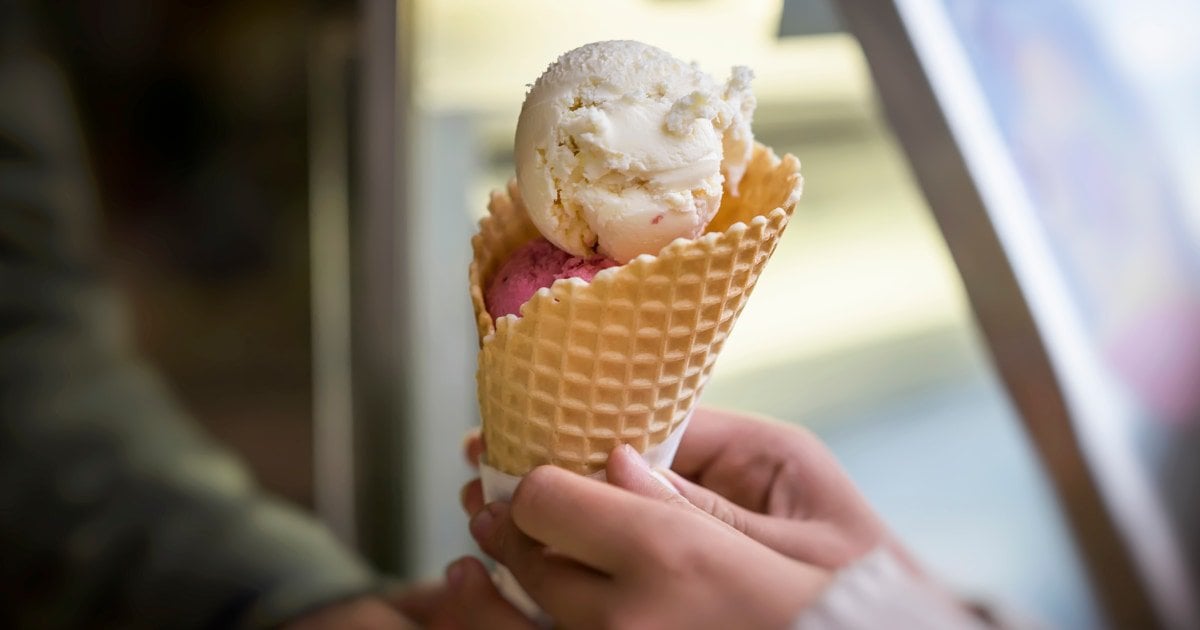 How much cinnamon is a cinnamon stick .

Whenever I follow a recipe calling for cinnamon, they call for e.g. 1 inch cinnamon... 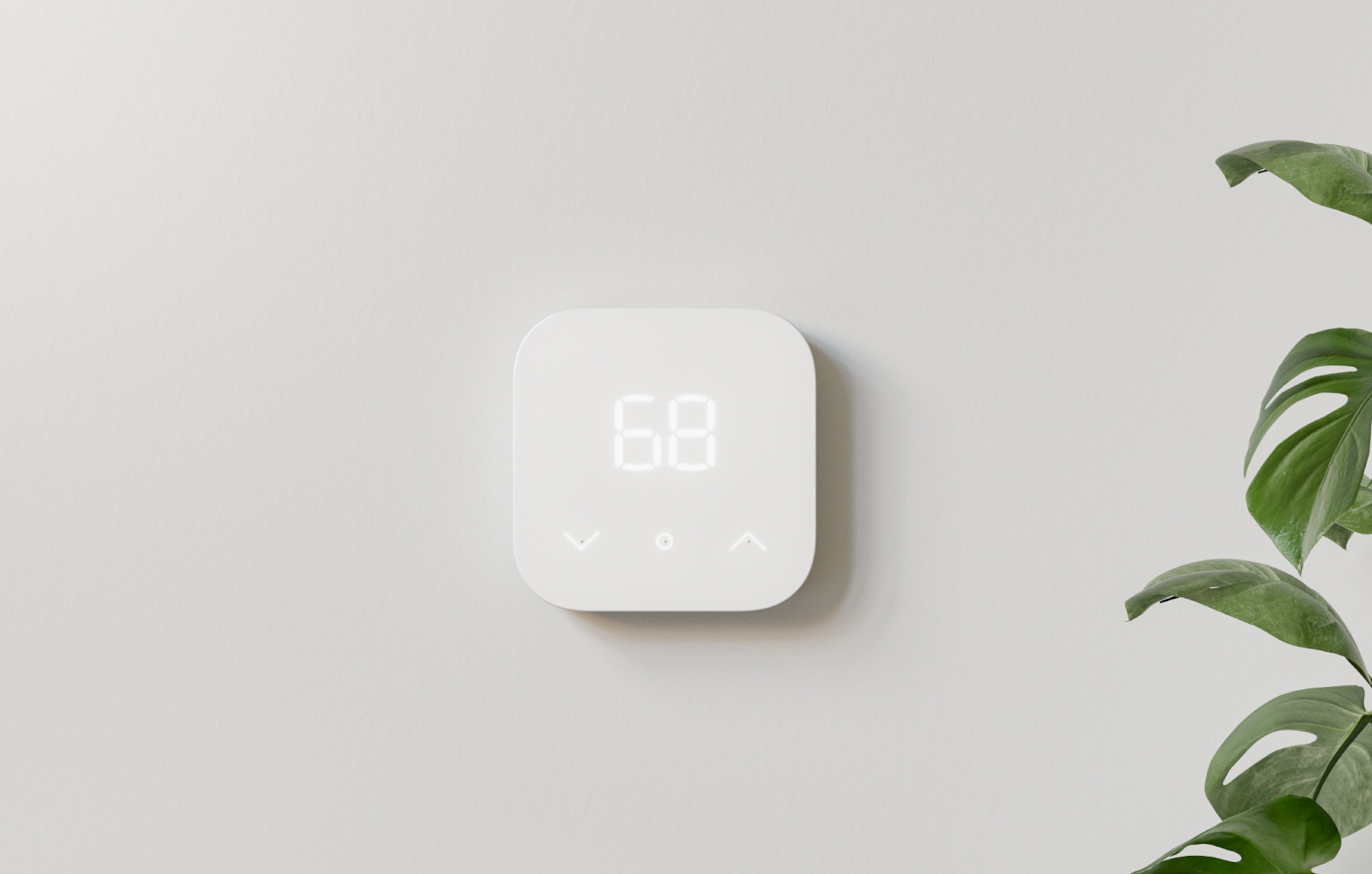 Amazon's smart thermostat falls to a new all-time low of...

Amazon has already started selling a bunch of its smart home devices at a discount,... 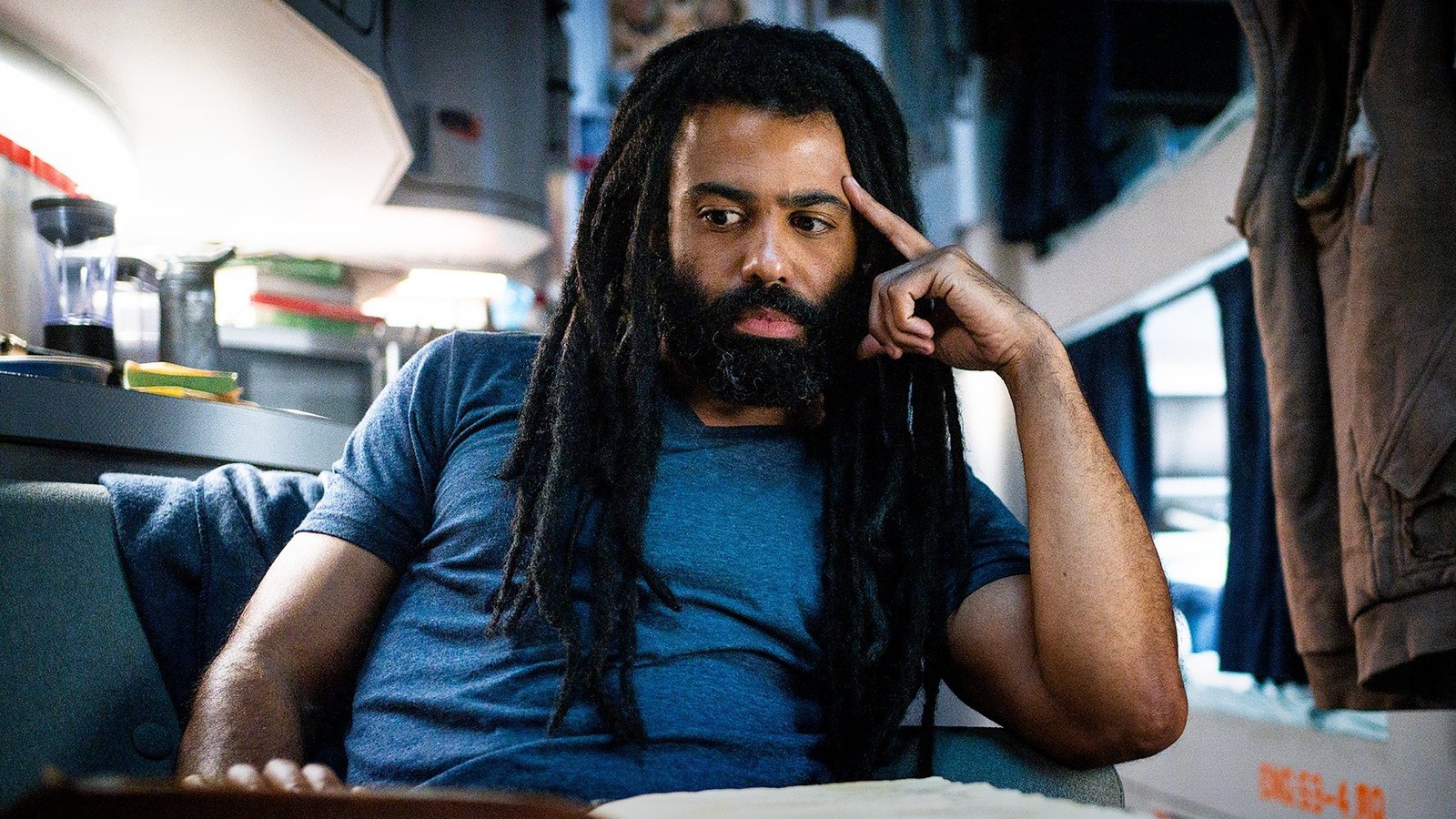 Why Snowpiercer Is Coming To An End In Season 4

"Snowpiercer" began its life as a beloved sci-fi film from director Bong Joon-ho... 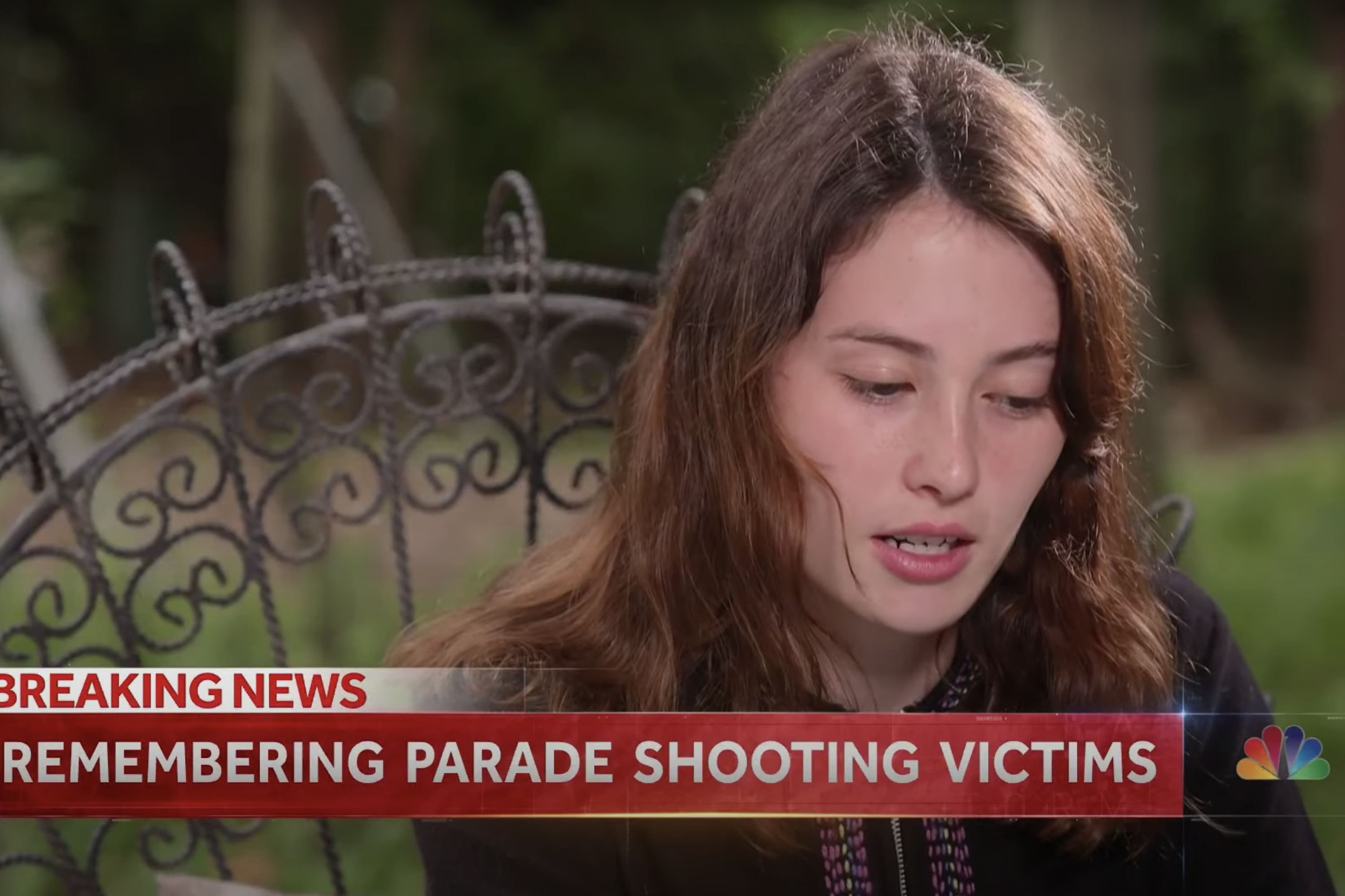 ‘I knew she was dead:’ Highland Park victim Katherine Goldstein...

The daughter of one of the victims of July 4 mass shooting recounts last moments... 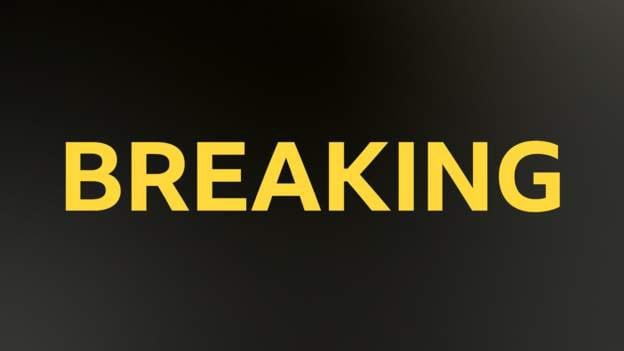 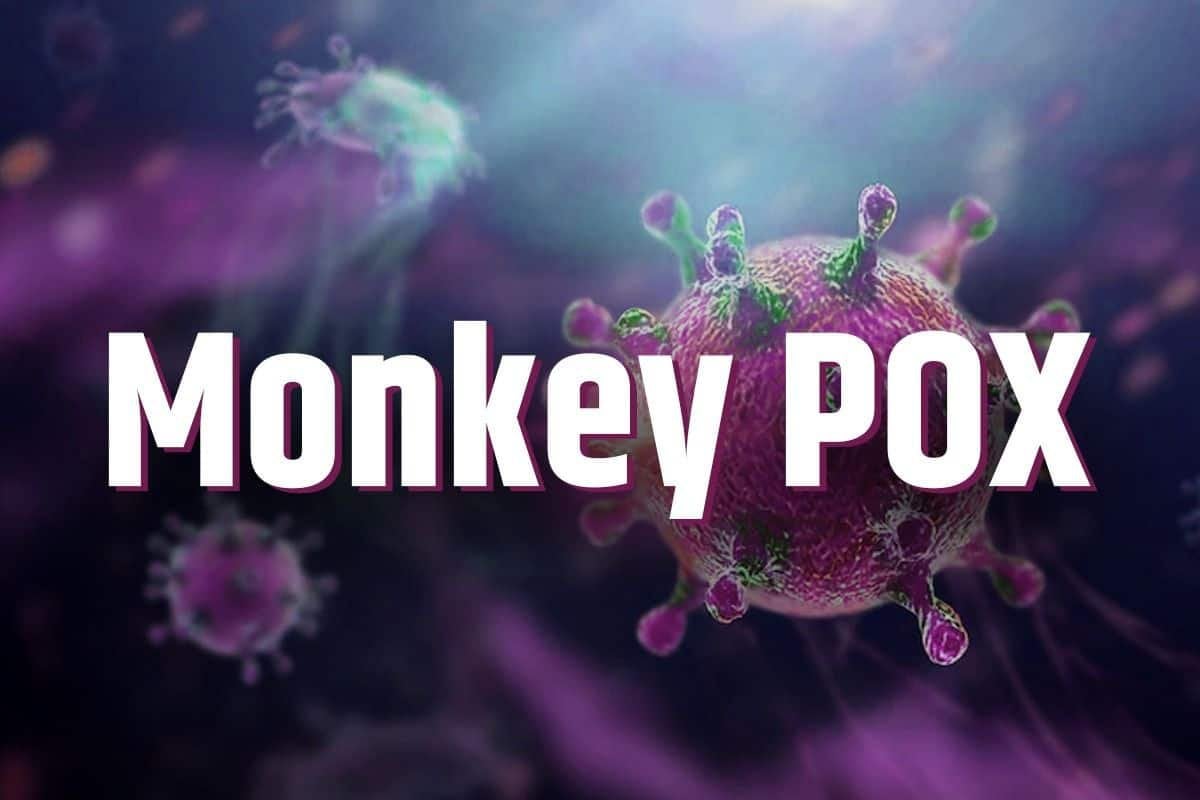